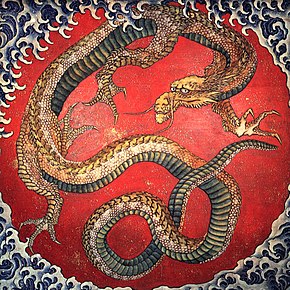 There are literally thousands of dragon legends from every continent and culture around the world. Are these perhaps evidences of mankind existing with dinosaurs? Dragons are described and depicted worldwide, on every continent, and in most every culture. What was mankind’s preoccupation with reptiles 65 million years extinct anyway?

There are literally thousands of dragon legends from every continent and culture around the world. Are these examples of mankind existing with dinosaurs? Dragon myths are found worldwide, on every continent, and every culture.

In the book of Job, God describes a behemoth and the Leviathan (Job 40:15–24; 41:1–34). These creatures are unlike anything we find today. Is it possible these dragons refer to dinosaurs and other reptile-like creatures of the air and sea?”

“Dragons may not be around today for the same reasons that other animals go extinct—changes in environment, food issues, hunting by man.  Let’s face it, most legends end with a dragon’s death.  But their memory lives on.”