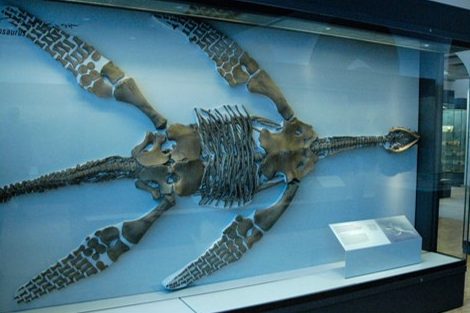 A massive marine creature has been found fossilized over 100 miles from shoreline as evidence of a water catastrophe which carried and later buried the animal. Such evidence is found all around the world and matches the explanation of a global flood while contending against the idea of slow and gradual processes envisioned by evolutionary processes.

Queensland Plesiosaur fossil {on display at the museum in Brisbane} was found inland over 100 miles from the ocean shore on its back indicating a ‘water catastrophe’ that would have been required to wash this animal this great distance.