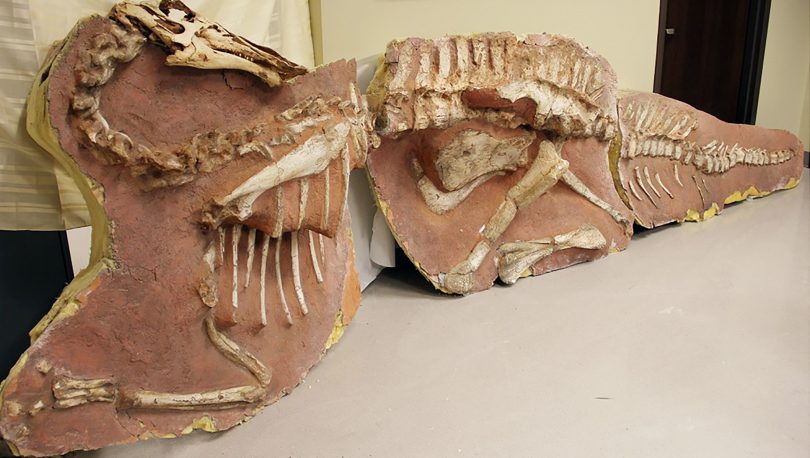 When scientific data does not meet the pre-existing thought regarding naturalism (millions of years) then such results are censored, ignored, or belittled. When Carbon-14 was proven present in dinosaur fossils the results were censored. This is because Carbon-14 only persists for thousands of years and therefore its presence within samples assumed as being millions of years is a major problem for evolution.

From an article from January 2013 by Carl Wieland “Radiocarbon in dino bones” he recounts the International conference censorship of the data: “A team of researchers gave a presentation at the 2012 Western Pacific Geophysics Meeting in Singapore, August 13–17, at which they gave 14C dating results from many bone samples from eight dinosaur specimens.

A team of researchers gave a presentation at the 2012 Western Pacific Geophysics Meeting in Singapore, August 13–17, at which they gave Carbon-14 dating results from many bone samples from eight dinosaur specimens. All gave dates ranging from 22,000 to 39,000 years”

(which are ages) right in the ‘ballpark’ predicted by creationists. But if dinosaurs really were millions of years old, there should not be one atom of Carbon-14 left in them.

This was a joint event of the American Geophysical Union (AGU) and the Asia Oceania Geosciences Society (AOGS). It appears that the researchers approached the matter with considerable professionalism, including taking great pains to eliminate contamination with modern carbon as a source of the Carbon-14 signal in the bones. The lead presenter was Dr Thomas Seiler, a German physicist whose PhD is from the Technical University of Munich. The video of his presentation was up on YouTube at the time of writing this report.

…the abstract was removed from the conference website by two chairmen because they could not accept the findings.  Unwilling to challenge the data openly, they erased the report from public view without a word to the authors or even to the AOGS officers, until after an investigation. It won’t be restored.”