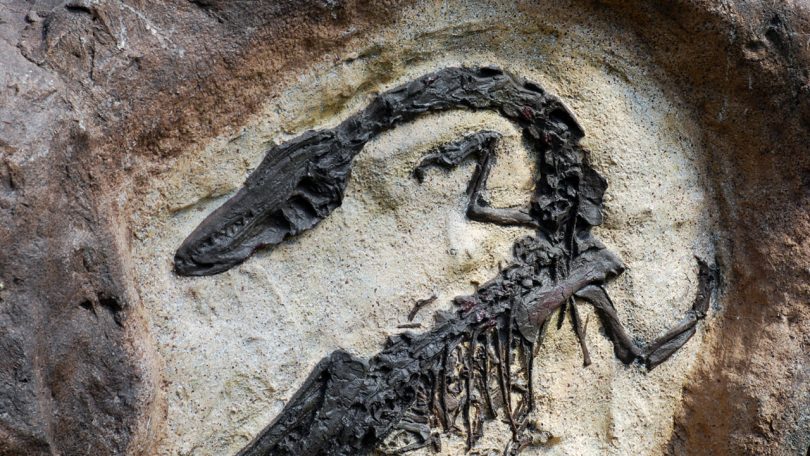 Dinosaur fossils are exceedingly rare and many are found without their skulls. However, when they are located it is not uncommon for them to be found with their head thrown back, hind limbs bent, tail extended suffering from asphyxiation. This is a posture of suffocation paleontologists have called the dinosaur death pose.

This is also seen in fish fossils with dorsal fins upright and mouth gasping. This is evidence of being smothered suddenly in flood sediments. Scientists see this posture as clear evidence of rigor mortis and body desiccation thus “contorting” the carcass of the fossil. Also, virtually all articulated specimens of Archaeopteryx,” exhibit this classic pose of head thrown back, jaws open, back and tail reflexed backward and limbs contracted,” explains Kevin Padian professor of integrative biology at the University of California. Sudden suffocation and burial explains the position and, as Padian puts it, casts “a whole new light on the mode of death of these animals, and interpretation of the places they died…”