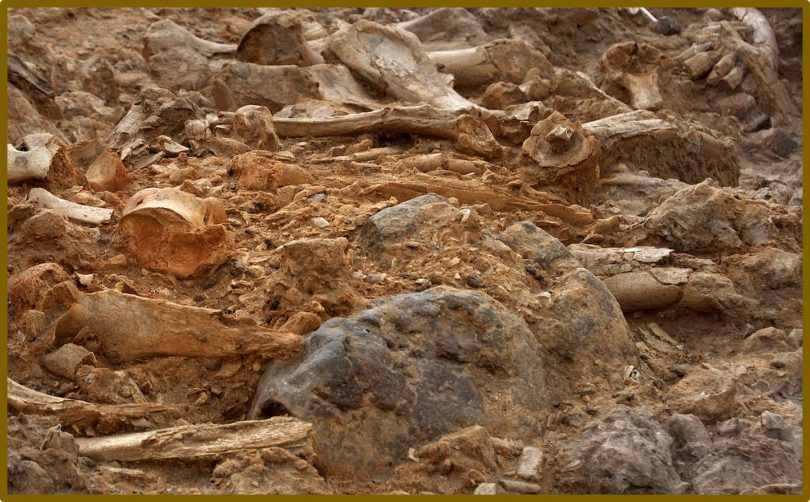 Dinosaur fossils supposed as being millions of year old have been routinely found to contain the quickly decaying Carbon-14.
Such results are only possible with samples being thousands of years old. So why do dinosaur fossils consistently contain Carbon-14?

Carbon-14 is found in abundance in most dinosaur remains studied even though the half-life of Carbon-14 is only 5,730 years. Therefore, dinosaur fossils have been proven to contain this short acting radioactive element and can only be thought of as being thousands of years old. Glaringly, these fossils cannot be even a mere one million years old because all the Carbon-14 would have been completely decayed (gone) within no more than 100,000 years. Radiometric Carbon-14 stands as scientific evidence that dinosaur fossils are only thousands of years old which defies evolutionary worldviews and concepts which believe the age of the dinosaurs are at least 68 million years old.
http://www.icr.org/article/carbon-14-found-dinosaur-fossils/ ; http://newgeology.us/presentation48.html http://apologeticspress.org/apcontent.aspx?category=9&article=307