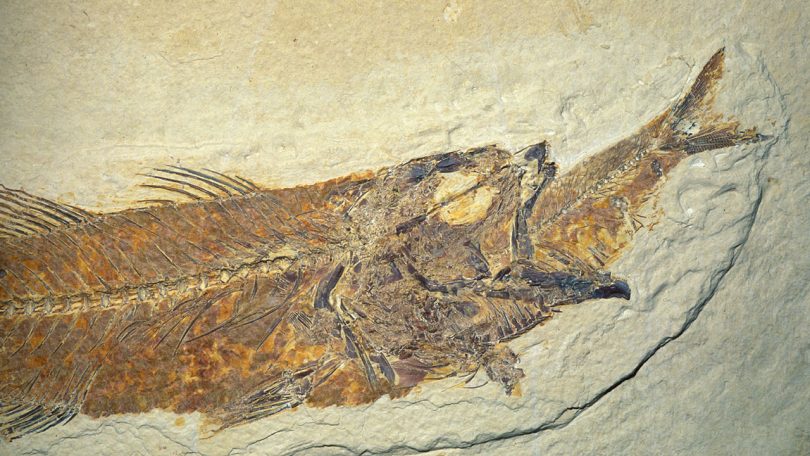 Various animals and fish are frozen suddenly in the act of eating providing evidence of a sudden burial. Such fossils were formed within a blink of the eye. Sudden fossil formations are contrary to the slow and gradual ideas of evolution but are expected by the sudden impact of a global flood.

Fish swallowing another fish is evidence of very rapid burial. Fossils have been found eating their last supper preserved in stone (a fossil) as physical evidence of a sudden burial. The fine sediments are evidence that this was executed by massive waters from a great flood. Other evidence has found dinosaurs engaged in battle. Other dinosaurs have been mummified with such detail that the contents of the food in their stomachs was preserved and under an electronic microscope the details of undigested proteins are apparent.