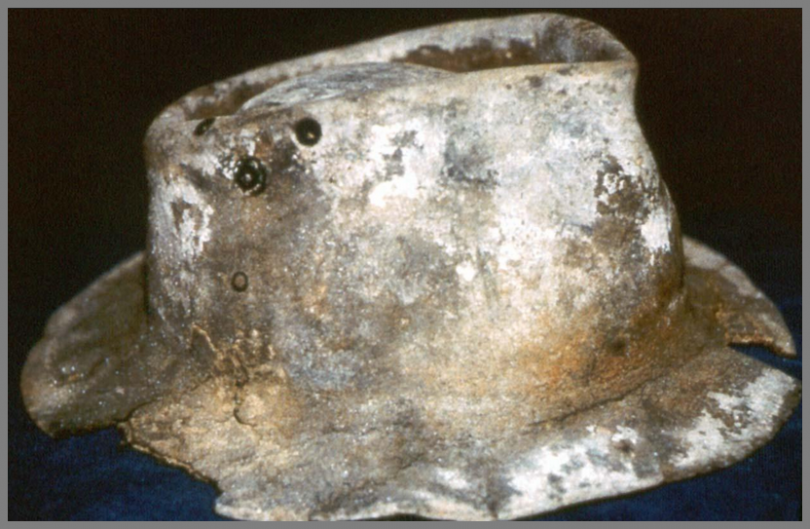 A miners hat found as solid rock challenges the long ages associated with fossilization. Evidence proves fossilization can be measured in days or decades and not millennia. Such revelations defy evolutionary expectations and timescales.

A petrified miner’s hat was discovered and is currently housed in a museum in Tasmania. The miner left his hat in the mine and fifty years later it was found as solid rock. Chemicals in the water in the mine solidified the soft felt structure of the hat and it became solid calcium carbonate.