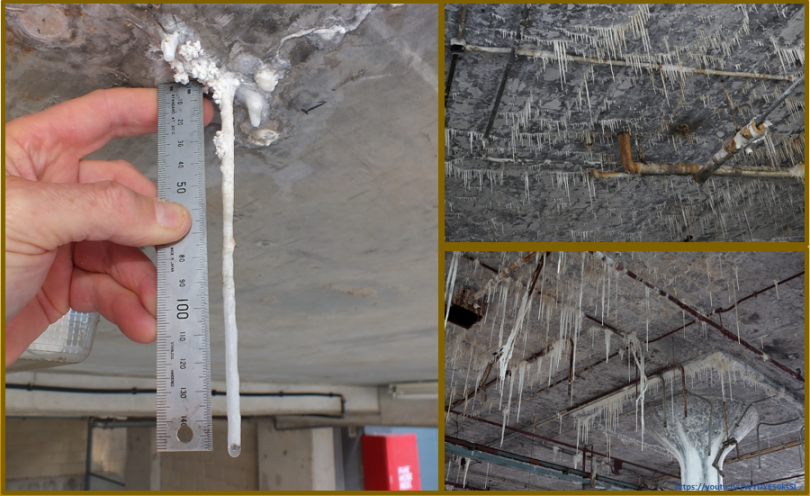 We are told that stalagmites and stalactites are formations found in ancient caves due to very slow and gradual processes over thousands of years—forming drip by drip. However, limestone calcified stalagmites, similar to the many found in caves around the world and presumed as being thousands to millions of years old, are rapidly growing on the ceilings of an abandon automobile plant in Detroit.

Fisher Brothers built automobiles in Detroit from 1919 – 1983. Then in April of 1984 the facility was abandon and remains in ruins today. The facility is falling into ruins which liken a post-apocalyptic state. Including stunning stalactite’s and limestone calcification such as found in caves presumed to be millions of years old.