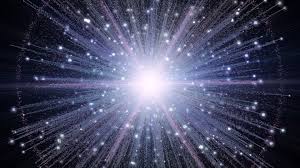 The Big Bang Theory is proclaimed by many as being a scientific fact despite the reality that it remains as little more than a multi-layered interdependent conjecture. The Theory relies on a growing number of “hypothetical entities…that have never been observed”. Other components of The Theory defy known laws of physics and rely on miraculous mathematical events. Other layers are “fatal contradictions” of one another yet both must be true for the other to exist. Despite such shaky ground, academic dissent of any kind is never tolerated regarding The Theory. Universities are purported as being safe places for free speech, safe places to express all ideas, but this is not the case regarding naturalism, The Big Bang, or evolution. For anyone brave enough to express any dissent, they can expect to quickly find their careers, funding, and reputations attacked by evolution’s true believers.

There are many proponents of the Big Bang theory, including many scientists and college science professors, that hold information about the Big Bang theory they do not want you to know. First, there is a good reason why it is only called a “theory”.   Actually, if you follow the strict definitions of a scientific theory then it must be ‘falsifiable’ or more specifically ‘testable’ to qualify as a theory.  Of course, the thought of falsifying the supposed singularity event that gave birth to the universe (which was not observed in the first place) is absurd.   Therefore, by scientific definition, it should actually be called ‘The Big Bang Conjecture’.  As conjecture simply means a conclusion or opinion based on incomplete information.

Additionally, the Big Bang relies on numerous hypothetical entities also never observed such as Inflation, dark matter, and dark energy among these prominent factors.  However, without each of these being true then “fatal contradictions” to the Big Bang emerge.

BIG bang theory relies on a growing number of hypothetical entities – things that we have never observed. Inflation, dark matter and dark energy are the most prominent. Without them, there would be fatal contradictions between the observations made by astronomers and the predictions of the big bang theory. In no other field of physics would this continual recourse to new hypothetical objects be accepted as a way of bridging the gap between theory and observation. It would, at the least, raise serious questions about the validity of the underlying theory. But the big bang theory can’t survive without these fudge factors.”

While proponents of this theory would have you believe that The Big Bang Theory is a stone cold fact, this is far from the truth.  Truth be told, no one can confidently say that The Big Bang is certainly valid.

…today doubt and dissent are not tolerated, and young scientists learn to remain silent if they have something bad to say about the standard big bang model. Those who doubt the big bang fear saying so will cost them their funding.”