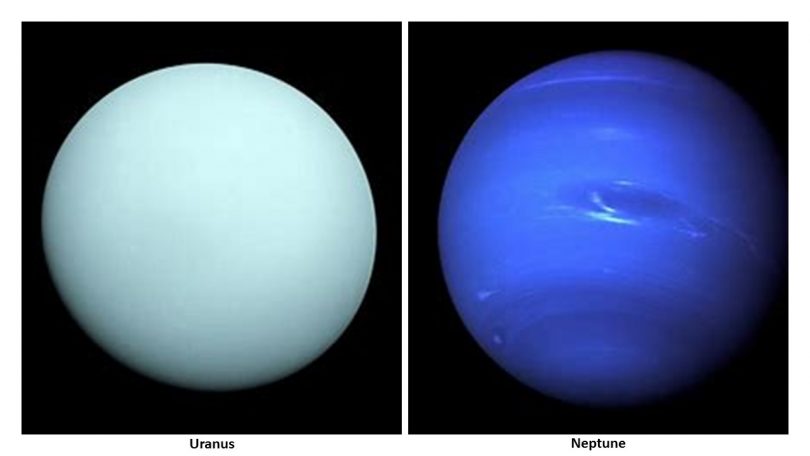 “Pssst…astronomers who model the formation of the solar system have kept a dirty little secret: Uranus and Neptune don’t exist. (They) have never explained how planets as big as the two gas giants could form so far from the sun.”

Born out of a cosmic explosion 13.8 billion years ago, the universe rapidly inflated and then cooled, it is still expanding at an increasing rate and mostly made up of unknown dark matter and dark energy … right?

The ‘gas and dust’ (nebular hypothesis) story is about as good as evolutionary models get—it’s been around in various forms for hundreds of years, hundreds of very intelligent people have worked on various aspects of it, and almost all evolutionary astronomers today believe it. Yet even though this ‘well-proven’ model pretends to explain the origin of the planets, it (embarrassingly enough) still predicts that some of those planets can’t exist.

The first nebular hypothesis is usually attributed to Pierre Laplace in 1796, although Immanuel Kant had proposed a similar idea 40 years earlier.

This well-known story is usually taken as a self-evident scientific fact, despite the relative lack of empirical evidence—and despite a steady crop of discrepancies arising with observations of the distant universe.

From Scientific American on line, “Cosmology Has Some Big Problems” by Bjorn Ekeberg April 2019

“In recent months, new measurements of the Hubble constant, the rate of universal expansion, suggested major differences between two independent methods of calculation. Discrepancies on the expansion rate have huge implications not simply for calculation but for the validity of cosmology’s current standard model at the extreme scales of the cosmos.

“It’s perhaps worth stopping to ask why astrophysicists hypothesize dark matter to be everywhere in the universe. The answer lies in a peculiar feature of cosmological physics that is not often remarked. A crucial function of theories such as dark matter, dark energy and inflation—each in its own way tied to the big bang paradigm—is not to describe known empirical phenomena but rather to maintain the mathematical coherence of the framework itself while accounting for discrepant observations. Fundamentally, they are names for something that must exist insofar as the framework is assumed to be universally valid.

“Each new discrepancy between observation and theory can, of course, in and of itself be considered an exciting promise of more research, a progressive refinement toward the truth. But when they add up, they could also suggest a more confounding problem that is not resolved by tweaking parameters or adding new variables.

“Consider the context of the problem and its history. As a mathematically driven science, cosmological physics is usually thought to be extremely precise. But the cosmos is unlike any scientific subject matter on earth. A theory of the entire universe, based on our own tiny neighborhood as the only known sample of it, requires a lot of simplifying assumptions. When these assumptions are multiplied and stretched across vast distances, the potential for error increases, and this is further compounded by our very limited means of testing.

Today’s multilayered theoretical edifice of the big bang paradigm would turn out to be a confusing mix of fictional beasts invented to uphold the model, along with empirically valid variables mutually reliant on each other to the point of making it impossible to sort science from fiction.”