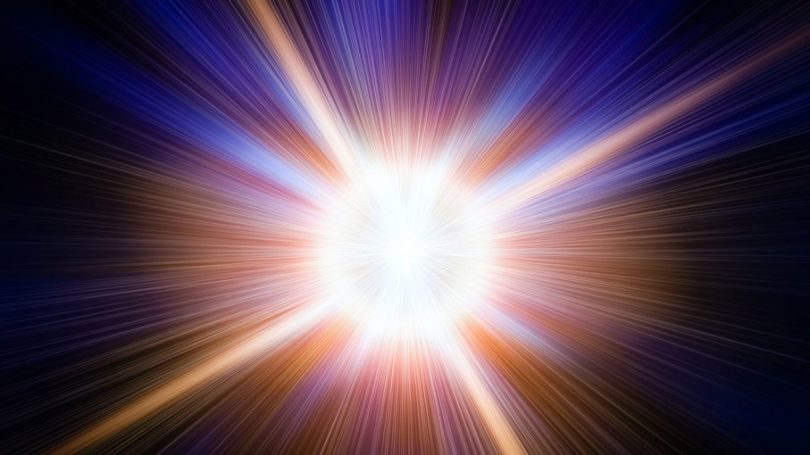 The Big Bang Theory has long had many holes in the math– turns out one of those holes is a massive black hole! The problem is the unimaginable mass required for the singularity event (the point which the universe exploded) to have occurred would need to be exponentially too massive and would have imploded into a black hole well before becoming dense enough. Therefore, cosmologists get your pens out, we “must” explain this “problem” and get the evidence to jive with the story.

How could all the matter in the universe today explode out of the big-bang singularity without forming a massive black hole? After all, physicists describe a black hole singularity as “a pit into which material flows but from which it cannot escape”.

Let us leave aside the fact that singularities are an idealization. The basic point is that the universe was born with a tendency to expand, which overcame the tendency of matter to collapse. But why it “chose” to expand is still a mystery.”

These alternative solutions typically assume that the early universe was perfectly uniform so that there were no places for black holes to form the universe is thought to be homogeneous and isotropic. “

Isotropic means that all directions appear the same; this property of the universe is well established by observations that show the effective temperature of the cosmic microwave background is identical in all directions to one part in 100,000. Homogeneous means that any place in the universe is equivalent to any other place. We can observe the universe from only one position, of course, but it does appear to be homogeneous on very large scales, after smoothing over the stars, galaxies, clusters of galaxies and superclusters.

Conclusion: Considering that homogeneous space cannot have a boundary and before the big bang there cannot be an event horizon, and if the universe was perfectly uniform then perhaps the energy of the entire universe as we observe it today could have been contained in a tiny fraction of space of about an atom without collapsing into a black hole.

Wow– that is quite a stack or requirements!

First of all, it is not really known whether or not the universe started from a singularity. Our measurements can take us back only so far; ideas about the nature of the cosmos at the start of the big bang are mostly unproved conjecture.