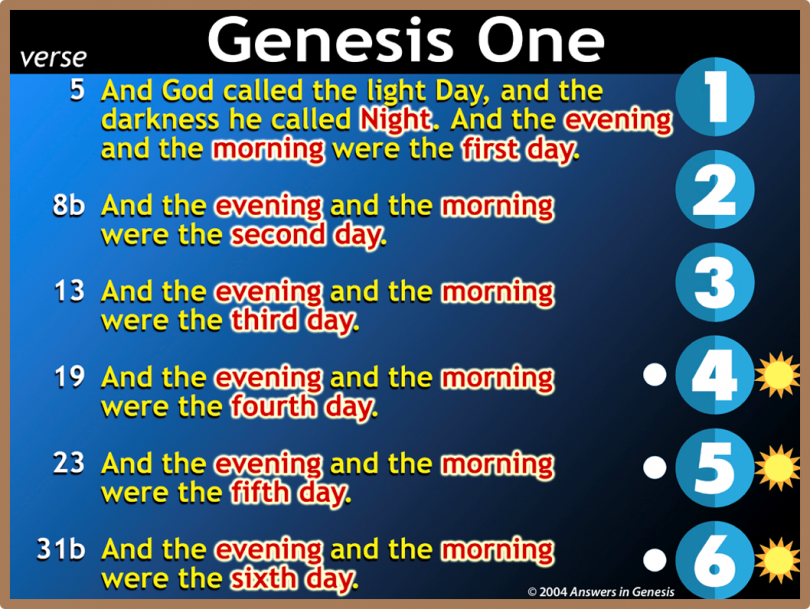 Consider that the bible identifies each day of creation as (1) an “evening and a morning”; (2) numbers each day; (3) affirms the event as such in the 10 commandments; (4) Jesus calls the creation of Adam and Eve a marriage “from the beginning”; (5) God tells us that He wrote the 10 commandments with His own finger; (6) and Genesis proclaims the text as historical. Such scriptural support leave no doubt that creation occurred over an ordinary six day period whether one believes it or not.

The bible is filled with miracles of God including: the ascension of the Messiah Jesus Christ to the right hand of the Father in heaven; Jesus appearing before His disciples after He rose from the dead;  Jesus turning water into wine, walking on water, healing the blind, casting out demons, raising Lazarus from the dead, and many others.  However, the first miracle was creation.  The account of the miracle of God’s creation of all things is described in the very first verses of the bible in Genesis.

In the beginning God created the heavens and the earth.

No Christian rightly tries to defend any of these miracles with science.  Believers understand that miracles such as these are supernatural events.

The mainstream worldview of evolution proposes creation as occurring without any god and without any supernatural explanation.  However, the “miracles” proposed are just as fantastical, just so stories, and also therefore non-scientific.

As an example, the Big Bang just so story goes something like: In the beginning there was nothing and then it exploded into everything in the universe in a fraction, of a fraction, of a second…

Evolution violates known physical laws of physics for this Big Bang to have occurred.  The physical sciences provide evidence that “nothing” never “explodes“.  Science knows the speed limit of space is the speed of light and matter cannot expand to the size of the universe in less than a second.  While it is true that these positions do not use supernatural explanations they also do not use science either.  Yet, they expect these beliefs to be viewed as scientific facts!

This same non-scientific just so story telling is applied to many fields of evolution.  Some of these include: the arrival of life, the formation of the stars, the universe, planets, and galaxies; DNA as information (which cannot self generate), protein chain synthesis outside the living cell, and many, many more.  This worldview is progressed through the General Theory of Evolution.  These solutions are claimed as scientific despite the fact that scientific principles, physics, biology, and physical laws all stand in opposition to these just so explanations.

This theory has been so widely taught and indoctrinated into our society that it has even permeated into the bible itself.  How could this godless and non-supernatural “science only” theory get into our bibles?  Unfortunately, well intending Christian scholars and Pastors have found various contrivances to compromise the miracle of creationby splicing Genesis with interpretations from other passages found in the bible as to redefine the time duration of creation.

This is completed by torturing the biblical text into confessing evolution into the creation event.  Tactics such as the Gap Theory* or by stating that Genesis is “allegory or poetry” despite the text proclaiming itself as “History” (Genesis 2:4). These are but a few of the tools used to complete the mutation of evolution into the bible.  Another tactic is to just impose mainstream worldviews of the theory into the biblical text itself without any biblical explanation or rationale.  They essentially edit the bible to meet this end by inputting these worldviews into God’s Word.

By this logic should we also impose and edit the bible to “Jesus never rose from the dead?” After all, scientists know that dead people don’t rise from the dead.  Did Jesus just step on a sandbar in The Sea when He walked on water?  When the Israelite’s left Egypt and crossed the Red Sea on “dry land” did this mean they were mistaken as to where they actually were?  They were below the Red Sea?  Was Jesus’ raising Lazarus from the dead just theater for His apostles and spectators?  Did those supposed blind people that received sight actually only have eye infections that later went away?  The point is: of course not!  If we attempt to reconcile God’s miracles of the bible with scientific rationale we quickly find ourselves entering into utter foolishness at best and false teaching at worst.

In conclusion, both the bible’s or evolution’s account of creation require belief in a past that cannot be replicated or observed.  Additionally, neither account meets known physical laws of science to defend their positions because both violate these laws.  By accepting these evolutionary theories into the bible a great blasphemy is done because we (perhaps with the best intentions) deny God His master piece of creation!  While the age of the earth is not a salvation issue, (we are saved by grace through faith-period!) as Christians we are called to accept the bible as infallible and thereby the miracles as true.  Regardless of whether such beliefs rub the mainstream worldviews wrong, we know that God is all-wise.  His ways are not our ways!  Dear bothers and sisters: doubt man and Believe God.

A simple reading of Genesis 1 reveals:

A simple reading of Genesis 2 reveals:

A simple reading of Exodus 20:8 (the 10 commandments) reveals:

We are to model our work week after God’s work of creation: “Six days you shall labor and do all your work, but the seventh day is the Sabbath of the Lord your God.  In it you shall do no work…for in six days the Lord mad the heavens and the earth, the sea, and all that is in them, and rested on the seventh day.”

Therefore the Lord “hallowed” (set aside) this seventh day.

* Gap Theory: is based on a few bible verses but primarily 2 Peter 3:8.  In context in this verse Peter is answering the followers of Jesus as to why God seems to be delaying His second coming.  In simple words, Peter is explaining that God is outside of time– He created time and is not subject to its perimeters.

Peter answers: “…one day is with the Lord as a thousand years (God resides outside of the perimeters of time in eternity) and a thousand years is as one day”.  (2 Peter 3:8) (Comment and emphasis is mine).

In context this verse negates itself by stating that the concept of time as we experience it as humans, is irrelevant to God.  Actually the seeming delay is actually a blessing for us as He desires us to come to repentance.   When this verse is applied to creation week we should note some very important caveats: 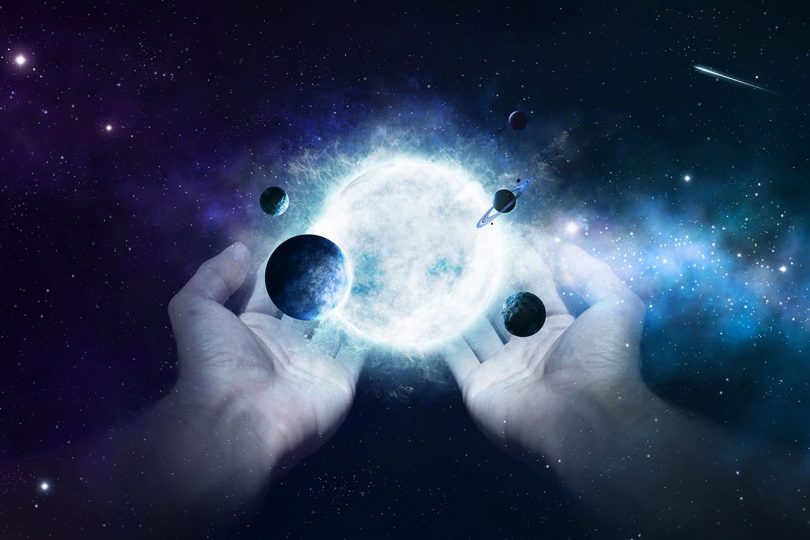 No area of the bible is under greater attack then the creation account of Genesis. Evolutionists know this and rally against the scriptural account knowing that it is foundational to the bible. Destroy this foundation and the...