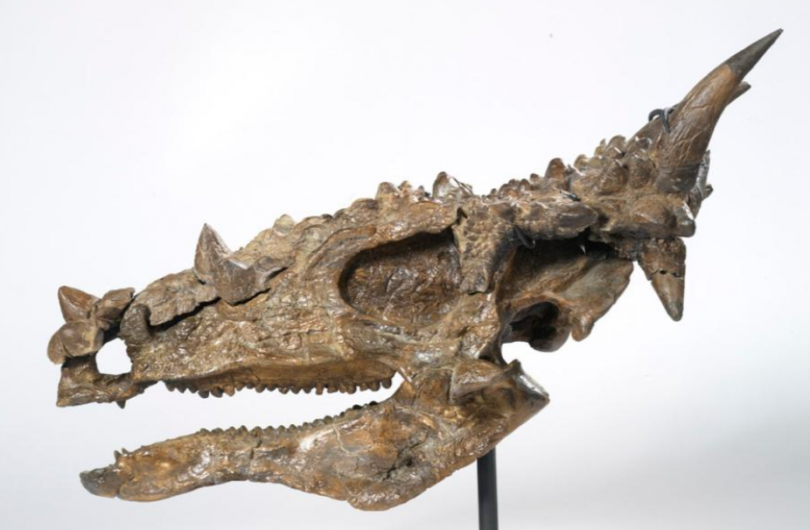 A dinosaur skull that screams dragon! The skull of this genuine dinosaur exhibits all the characteristics of the legendary dragon. The horns and scales match much of recorded encounters of history.

Dracorex means “Dragon King”.  This Dragon-like dinosaur was two car lengths in size. The fossil was unearthed in 2003 by three amateur paleontologists that noted its strikingly dragon-like appearance. Since then more than 30 different specimens have been found by paleontologists. The first specimen was initially called “Dracorex Hogwartsia” by the paleontologists that discovered it. They dubbed this name based on the stunning similarity the horned skull had to the dragons depicted in the Harry Potter series. These dinosaurs were equipped with thick, ornamented, horned skulls which match many dragon ‘mythologies’ recorded worldwide.

“The Dracorex Hogwartsia is known from one nearly complete skull and other fragments. It was discovered in the Hell Creek Formation in South Dakota and was officially named in 2006 as “Dracorex” by Bob Bakker and Robert Sullivan.”

The skull resembled the modern vision of a dragon with its flat head, long snout, and spikes sticking out the back of its head. “