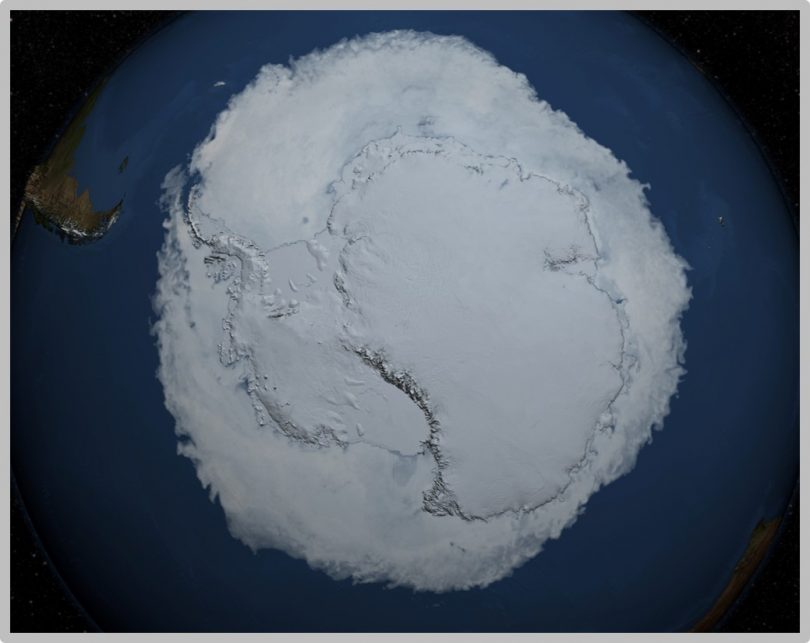 99% of all fresh water is found on the polar ice caps. The oceans continue to become more salty with each passing year which indicates the waters are young. Both of these evidences support the global flood account found in the bible.

Greenland, Iceland, and the Arctic’s all have massive ice layers’ hundreds of feet thick amounting to over 20,000 square miles of freshwater accounting for 99% of all the fresh water on earth! An ice core or 6,683 feet deep was discovered in 1981 in southeastern Greenland. If you consider the Greenland ice caps with an elevation of over 3,000 meters some ice is estimated to be as thick as 9,804 feet. Yet many of these geographic areas are virtual frozen desserts with very little precipitation. Natural precipitation and snow accumulation does not account for these massive frozen layers found all around the world.

Two particular aspects of the Flood were instrumental in causing the Ice Age: Extensive volcanic activity during and after the Flood, and Warm oceans following the Flood.
We know the extent of the Ice Age because the glaciers left features on the landscape similar to features we observe around glaciers today. After the Flood drained off the land, the world’s ocean and land temperatures were constantly changing as they strove toward the relative equilibrium we experience today. It took centuries of climate change for this to work itself out. The warm ocean gradually cooled while the glaciers grew and spread. The Ice Age wound down as the amount of volcanic ash and dust in the stratosphere slowly decreased and the earth’s climates became more stable. We have been in a “global warming” cycle ever since.

Global warming has become a sort of new religion for environmentalists seeking to help stop greenhouse emissions by mankind or perhaps to change economic policy in America.  What you have likely heard in the media is the Ice in the Arctic has been on a decline for the past 25 years (perhaps even longer). Many point to this decline as clear evidence for global warming. If that were the case, however, the news you likely have not and would not hear is the ice caps in Antarctica are on a steady increase…
A recent scientific paper that attempts to reconcile this paradox and puts the Antarctic sea ice in historical context states the ‘problem’ this way:

In stark contrast to the sharp decline in Arctic sea ice, there has been a steady increase in ice extent around Antarctica during the last three decades, especially in the Weddell and Ross seas. In general, climate models do not to capture this trend and a lack of information about sea ice coverage in the pre-satellite period limits our ability to quantify the sensitivity of sea ice to climate change and robustly validate climate models.”

Computer models based on global warming models should observe both a decline in Arctic and Antarctic sea ice as temperatures are increasing “globally” however, this is not what the evidence pans out.  Obviously, the behavior of Antarctic sea ice is complicated just as is the decline of Artic Ice. It is much more likely that local effects and not global effects are the drivers of these differences. It appears the local location provides far more important data than attempting to apply global effects. The evidence shows that the amount of ice at either pole is more indicative of local climate than it is of global climate change. Just as the increase in Antarctic ice is not a good indicator of global cooling, neither is the decrease of Arctic ice an indicator of global warming.