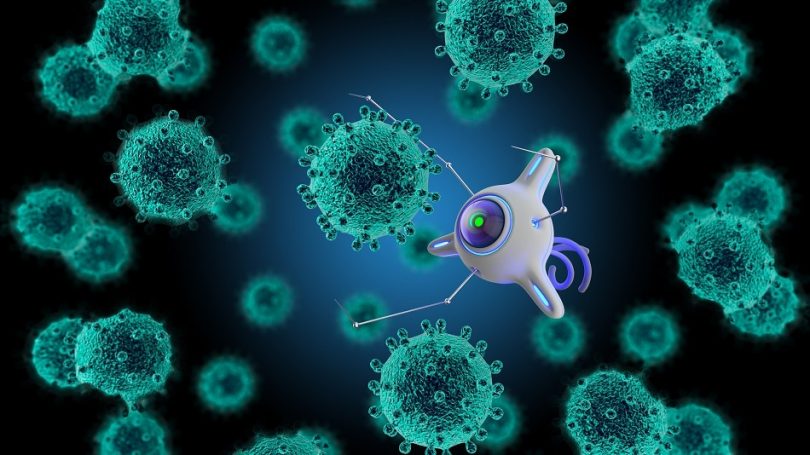 Massively powerful microscopes and other recent technologies have revealed the inter workings of the cell as a marvelous nano-scale factory filled with intelligent machinery comprised of nuts, bolts, rings, cables, ropes, gears, pumps, motors, and much more. Such revelations are thorns in the side of Darwin’s all powerful blind and purposeless Theory of Evolution. Darwin thought, ignorant to modern technology, that the cell was a mere “blob”. He was exponentially wrong about that!

Life consists of functioning micro-machines composed not by steel, mortar, and bricks by of molecules.  These incredible machines build read blueprints, order supplies, dispose of waste. They build highways, cables, ropes, pulleys, gears, pumps, and much more.  They create switches the machine can use to both turn on and off vital functions.1

The molecular machines build in functions which are designed to cause something to grow, cease growing, to die, to pause, or to be recycled in highly specialized garbage compartments.  Some machines operate by solar power with amazing efficiency by capturing the energy of photons. The cell also builds storage containers to chemically store the energy for later use by the cell.  They have multitudes of electric machines that use the current of the network of the cell to flow through nerves.1

The vast variety of motors, pumps, transports, and machines are each uniquely manufactured within highly specified “master factories” housed within the cell. These factories do not only effectively work to produce the many machines required by living systems, they even build themselves (replicate themselves) while effectively maintaining vast qualities controls ensuring accuracy and correcting errors as they occur.  Such cellular function is finely and precisely calibrated to precision’s beyond human capacities at the nano-scale. All of this is continues every moment of everyday. The cell provides all function of life within enormously complexity and inter workings each perhaps well beyond imagination.1

“Masterpieces of micro-engineering, kinesins are motorized transport machines that move cellular materials to their correct locations in the cell so they can perform their functions. Kinesins have two feet…that literally walk, one foot over another.”