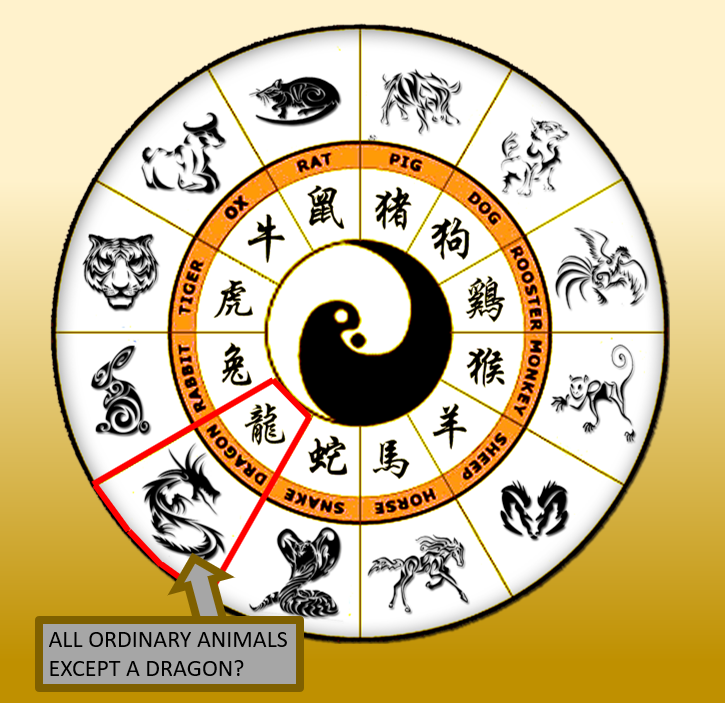 Why does the Chinese zodiac have eleven ordinary animals and a mythological dragon? Could it be that the dragon was also an ordinary animals known to these people thousands of years ago? Perhaps being aware of a dragon (modern day word: dinosaur) was as common knowledge as a rabbit or a horse!

The Chinese Zodiac calendar has twelve years. These years are identified by various common animals: pig, rat, ox, tiger, rabbit, snake, horse, goat, monkey, rooster, and dog. Then the twelfth year is the supposed mythological creature, the dragon. Logically, why would the Chinese have a calendar consisting of common animals and then one mythological dragon? This indicates the cultures knowledge and experience with this animal just as with the other “common” animals.
http://www.chinahighlights.com/travelguide/chinese-zodiac/

In Chinese culture, many believe that the sign of the dragon represents the highest authority as evidenced by the Chinese emperors being called the Son of Dragon (天子 [tiān zǐ]).  The dragon is believed to have the gift of flying, breaking-out fire and summoning wind and rain. This mystical animal with powerful abilities gave people a belief that a dragon could bless and protect them from natural disasters and other manmade calamities.