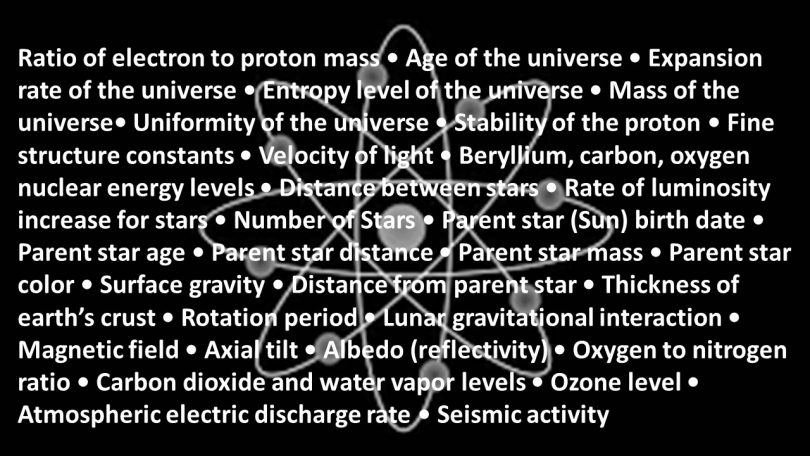 Anthropic Principle argues that that delicate balances of the universe from atoms to stars rely on very specific formulation of immense precision. If even one of these are out of balance (even by a tiny fraction) life and the universe as we know it would not be here or would cease to exist. The challenge to evolution is mathematically for all these carefully balanced requirements to be so precise by random spontaneous chance is fantastically absurd.

Simply stated, the Anthropic Principle is the appearance that the universe was specially designed for life.

Mathematical models reveal that our universe and life on earth are here only because of hundreds if not thousands of immensely delicate ratios that, if altered even the slightest, would render life impossible. Some ratios are as delicate as 1055.1

1 Derived from teachings by Chuck Missler “Bible in 24 hours”.