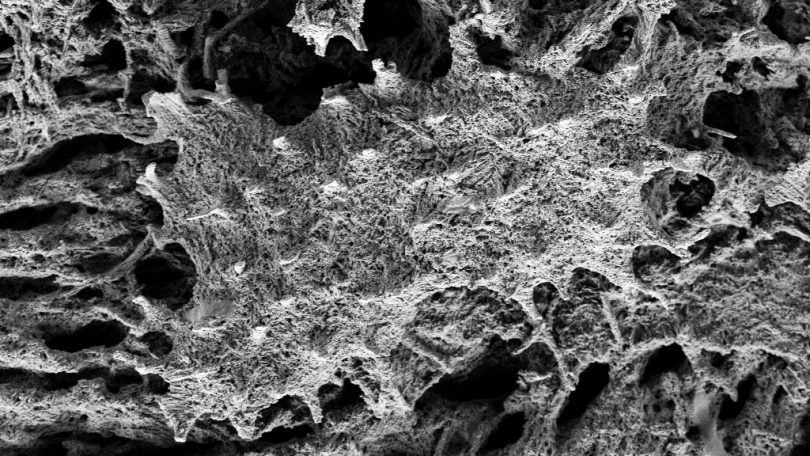 The paradox is simple: (1) Proteins are extensively studied in the present and are known to decay at a rate where all proteins will be completely gone within 30,000 years. (2) Dinosaur bones are presumed to being at least 68 million years old. Proteins are found consistently and abundantly in dinosaur bones. This is an apparent paradox to evolutionary timelines attempting to get the data to fit the story. However it is resolved by recognizing that the only unknown variable is the age of the dinosaur fossils that contain the proteins: that assumed date is WRONG.

Analytical Chemistry, isolated fragments of eight (various) proteins from fossils of dinosaurs and extinct birds, including hemoglobin in blood, the cytoskeletal protein actin, and histones that help pack­age DNA.

“According to the laws of chemistry and physics, the preservation of dinosaur proteins is completely paradoxical (because) within a few hundred thousand to a million years, all proteins in soft tissue structures should be hydrolyzed and completely degraded.”

“Now that we know where to look, I think we’re going to find a lot more examples of this kind of polymerized soft-tissue preservation.”

When you want to change the mindset of an entire discipline, it takes time. If this new study is the turning point, then I’ll be really happy,” Schweitzer says. “There’s just too much to learn to still be stuck on this same old question of whether soft tissues can preserve. There are a million things that these fossils are just sitting there waiting to tell us.”