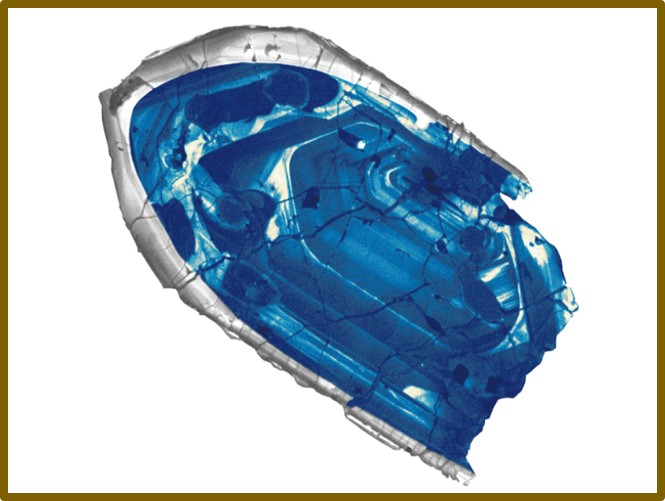 Helium and Polonium has been shockingly found present in zircon crystals of granite layers in the Precambrian–oldest rock layers on earth. Such discoveries challenge naturalistic ages of the earth because here helium is a gas that escapes rapidly and Polonium has a half-life of mere seconds yet, the granite rocks that contain them are assumed as being many billions of years old. So which age is correct the bedrock granite or young Helium and Polonium?

Helium in zircon crystals which are obtained from drilling into very deep granites. These crystals contain Uranium which is radioactive and decays to Lead. A by-product of this process is the formation of Helium, a very light, inert gas which readily escapes from rock. Yet, strangely the samples contain Helium.

Surprising evolutionists, a significant amount of helium was present inside the zircons which is empirical evidence that these formations must be young. “

Also, zircon crystals are found with “burn marks” caused by the process when ions decay leaving a trace called pleochroic or radio halos.  The crystal lattice structure of zircon contains various radioactive elements.  One such radioactive element is Polonium which has a half-life of mere seconds.  This creates another apparent paradox in addition to the presence of Helium, both Uranium and Polonium was impossible when viewed under the presumption of long geologic formations.

How could the same zircon crystals contain both incredibly ancient Uranium and very young Polonium and Helium at the same time?  One possible answer is perhaps the granite caused and captured the zircon crystals at the same moment when they both were created together instantaneously during Creation.

The results show that because of all the Helium and Polonium still in the zircons are found in Precambrian granite– the oldest rocks on earth. The presence of these materials together provides evidence of a Young Earth.