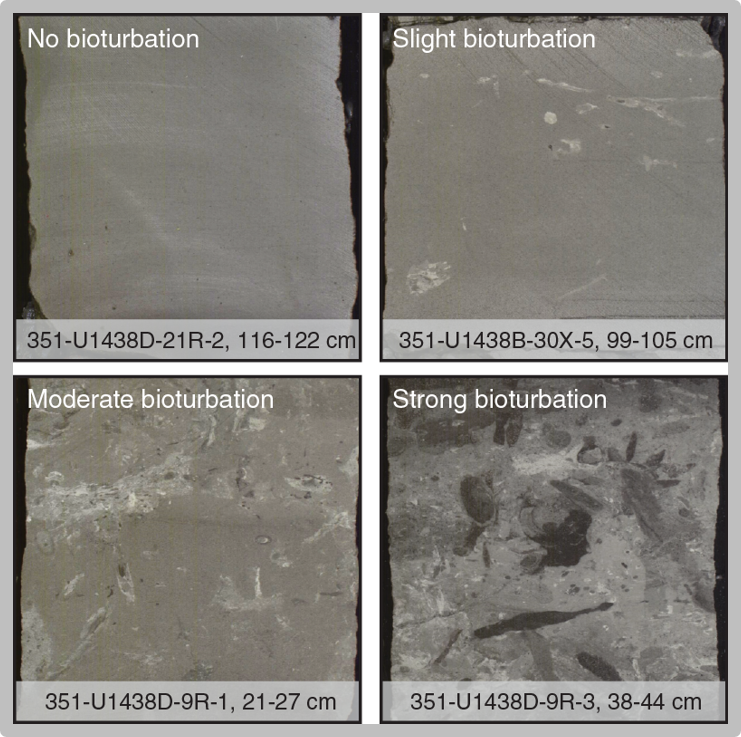 It is common sense to recognize that life such as worms, insects, or roots from bushes or trees dig through the dirt and softer rock layers in a process called bioturbation. When such erosion is not found in rock layers it indicates a ‘flat gap’ which points to either extinction or rapid processes. To apply eons of time to these gaps can only be a guess but without bioturbation it is illogical. However, such gaps are presumed to have millions of years passed without a trace of life.

Missing bioturbation in layers indicates extinction or rapid processes which prohibited activity and not necessarily the passage of eons of time passage.  It is common sense to recognize that life from worms, insects, or roots from bushes or trees dig through the dirt and rock layers. This process is called bioturbation.

However, the planet is covered with massive rock layers layering flat on the other. No bioturbation. This is evidence of extinction of life and/or rapid rock layering too fast for living things to have time to penetrate before forming into rock..
http://www.brynmawr.edu/geology/faculty/kmarenco/research.html

Flat Gaps are the lack of bioturbation (worm holes, root growth) at Para conformities (flat gaps) reinforces the lack of time involved where evolutionary geologists insert many millions of years to force the rocks to conform with the ‘given’ timescale of billions of years.
These flat gaps reveal no life and massive layers being laid down quickly due to no evidence of bioturbation. These are found all around the earth on every continent.
https://answersingenesis.org/geology/rock-layers/the-case-of-the-missing-geologic-time/