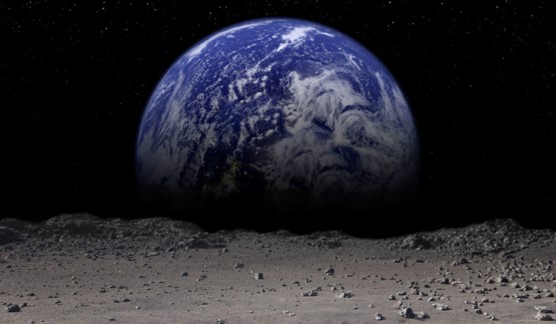 The moon is receding away from the earth at a measurable rate of about 1 1/2 inches per year. Using naturalistic principles this is too fast of a rate for the earth to be billions of years old.

The moon moves away from the earth at a rate of about 1.5 inches (4 cm) per year.
Recession of moon has not been constant over long periods of time (even hundreds of years) as it is caused by gravity & changing tidal forces.  The earth and the moon would have been in catastrophic proximity (Roche limit) at less than 25% of presumed age if applying naturalistic dates to the observed recession.

This is another indication of a young earth in relation to the moon distance. There are additional problems of a moon being too close such as tidal forces equated with the gravitational push of the moon which at closer distances would have been detrimental to life on earth.
http://www.talkorigins.org/faqs/moonrec.html