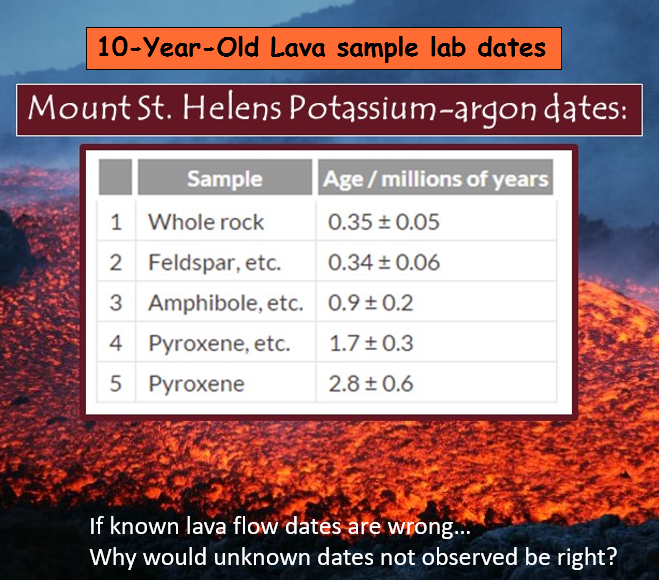 Potassium-Argon radiometric dating is used to establish dates of lava flows. When observed lava flows were later dated massive errors were found in this dating method. As an example: a flow only 10 years old was dated to be as old as 2.8 million years old! Due to these repeated errors evolutionists now state the dating method is not good on anything less than 10,000 years old. This requires a suspension of common sense, if the results are erroneous on known samples why should be believe they are accurate on much older ones?

If known lava flow dates are off by magnitudes why would unknown dates somehow be correct?”