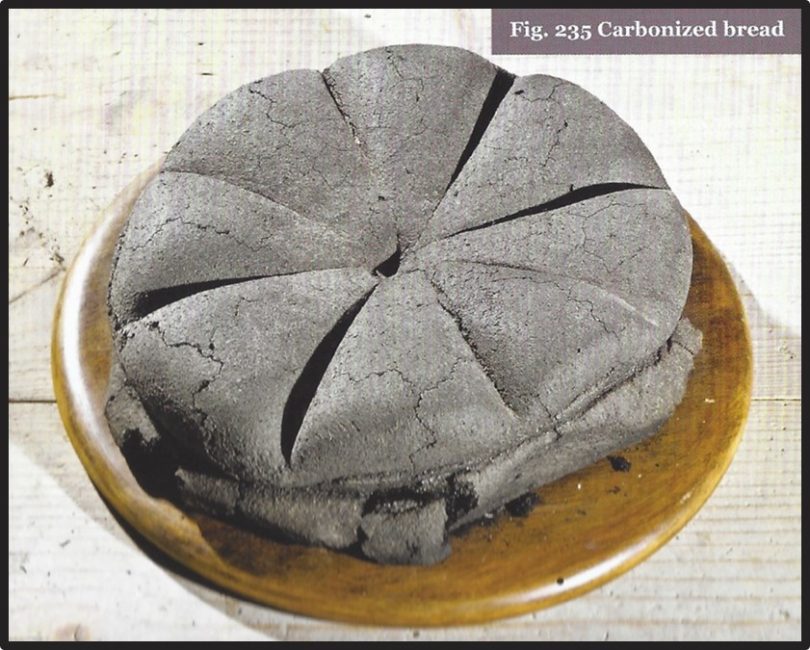 Bread has been found in abandon homes in the form of bread on many occasions.  The known dates of the villages and people groups are only hundreds to thousands of years old.  This is yet another example of rapid fossilization of organic substances. Many carbonized fossil impressions are assumed as being millions of years old despite such evidence of rapid processes.

Carbonization is a process where an organic substance such as bread, a leaf, an insect, or even an animal is destructively distilled into a carbonized image, through a process called pyrolysis. This process is considered the most important step in the coal making process of all fossil fuels under the earth.

Also, rapid carbonization radically challenges the modern position that fossil fuels are all thousands to millions of years old.