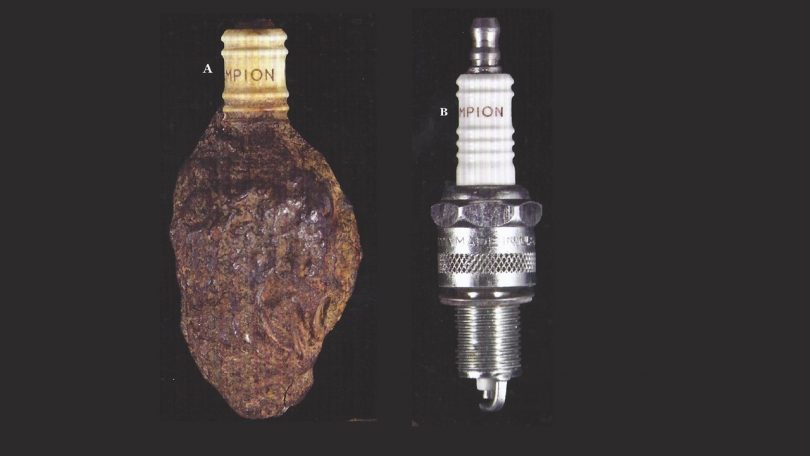 A spark plug manufactured between 1967-1985 was discovered at Apollo Beach, Florida. It was encased in solid fossilized rock for 29 years and not thousands or millions of years. Such evidence stands in defiance of naturalistic assumptions of a slow and gradual formation of fossils and the rock layers that contain them.

Take a look at the Champion spark plug in the image it is  a ‘N14Y’ model plug compared to a brand new one.

Spark plug manufactured between 1967 and 1985 was discovered at Apollo Beach, Florida encased in solid fossilized rock. Notice in the image that the sand grains and seashells have been cemented together essentially bringing together the two worldviews of supposed “ancient” fossils of the ocean with modern times. At the time of the discovery the maximum duration of time for this process to have occurred was 29 years.