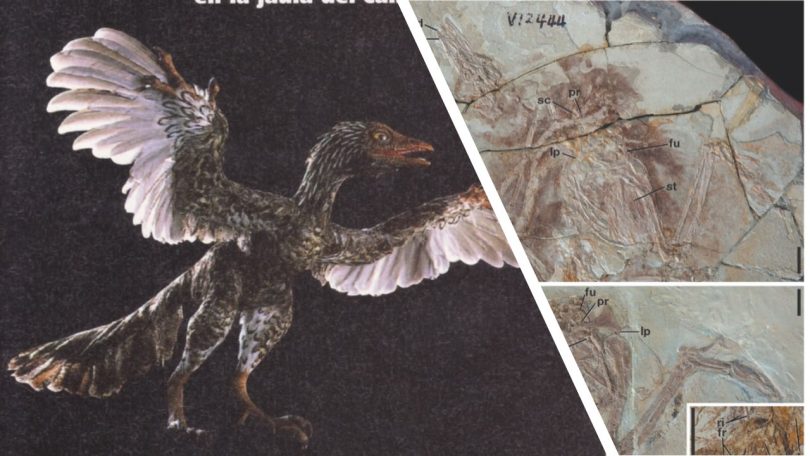 An apparent half bird, half dinosaur fossil was sold to a dinosaur museum in the USA for $80,000. Excitement boiled over– here was the missing link of bird to dinosaur evolution! National Geographic ran with the story full throttle only to barely two months later have to admit the fossil was a deliberate fake.

However, to this day it is still considered an imagined icon of evolution.  The specimen was a bird fossil and the forger pressed impressions from other known dinosaur skin textures into the “sculpture”.  After National Geographic ran the article, all involved received the horrible news that the fossil was demonstrably a total fake and forgery.  National Geographic announced that they were investigating and, in October 2000, less than a year after the original article ran, Archaeoraptor was very quietly dethroned.