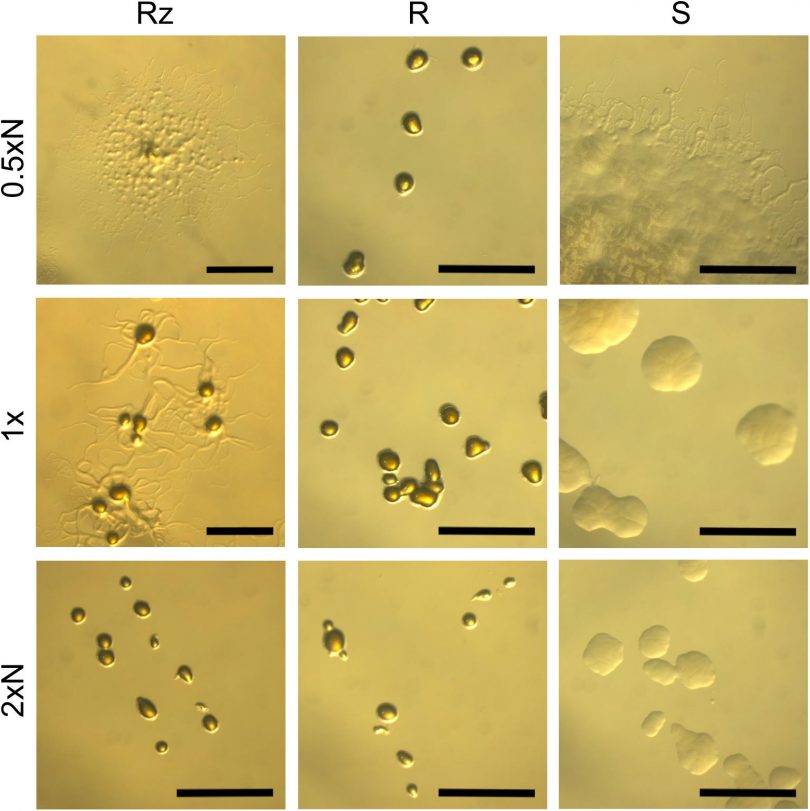 Bacteria has been caught throwing a monster truck rally inside living cells. They are cruising around in vehicles propelled by tank treads, studded snow tires, and with motors exceeding 100,000 rpm’s! Such discoveries are amazing to evolutionary scientists because they never would expect the “lowly” bacteria to build and maintain such horrendous complexity!

Microscopes have revealed perhaps the most stunning propulsion systems in all of nature are used by the so-called “lowly” bacteria.  Life moves in many ways: people walk, kangaroos hop, fish swim, snakes slither, grass hoppers jump, birds fly.  In the microscopic world of bacterial life mind-blowing propulsion systems have scientists marveling at how such apparently designed motors could be in such diversity and complexity.

Bacterial Flagellum, puts human engineering to shame, with a tail measured to have whipped at over 100,000 RPM’s, swimming through liquids with great ease.

Other bacteria moves like a snail, creating a slime trail to help them move along.

The Myxococus xanthus bacteria moves like a tank! Its treads rotate in circular motions.

Others like the Flavobacterium johnsoniac uses studded snow tires where proteins stick out of the “tires” to gain traction on a “slime road” which is also conveniently created by the life form to reduce friction.

Also as a rotary motor moving the cell in a linear motion like a “rack and pinion gear system” converting one type of motion to the other to generate propulsion.

Mycoplasma mobile bacteria has been dubbed the “centipede” because as the name implies, it has a multitude of “legs” (proteins) which reach out and grip the surface, and pull back.

Other bacteria work like fishing rods casting and reeling themselves back in. Others work like paddles or oars in a Roman ship galley. Others have a corkscrew shape of “exquisite architecture” dwelling within magnetotatic bacterium with peaks of seven flagella which together form to make matching counter-rotating gears as an engine to together move the organism at 10 times the rate as done individually.  There are the twitters and gliders as well.

Motor proteins are tiny molecular machines that convert chemical energy into mechanical work… (using) a gear-like component that enables it to switch direction of movement… they shuttle cellular cargo between locations… But in spite of intensive research efforts over many years, mechanisms underlying the actions of many motor proteins are still unclear.