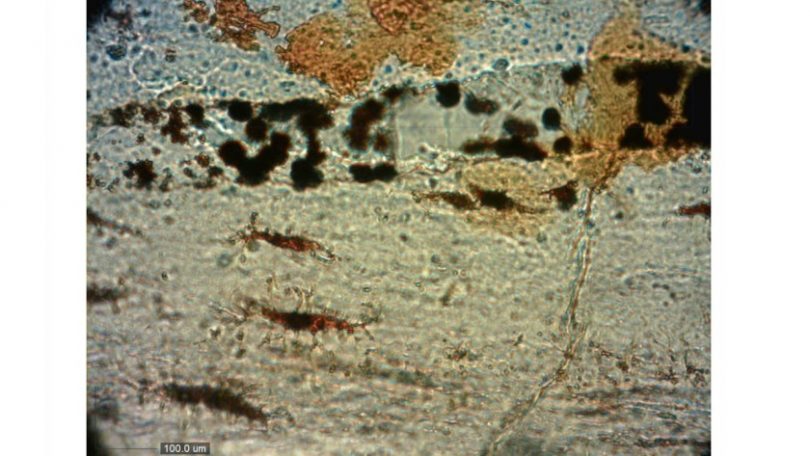 Collagen or skin cells are one of the most researched structures in humans due to pursuits aimed at slowing premature aging and wrinkles. Such massive research has firmly established decay rates. When collagen was discovered in abundance on dinosaur fossils mass confusion emerged. It was an apparent paradox: How could collagen that decays in a few thousand years yet remain on dinosaur fossils presumed as millions of years old? The short answer: the only unknown variable was the assumed age of the dinosaur fossils which logically must therefore be exponentially wrong.

Confusion over dating methods abound. When naturalists encounter results in data which contradict their expected millions-of-years timelines they reject the results. They “must” find a different explanation as the timelines are crucial for evolution to have enough time to have transpired.

When laboratory tests on dinosaur collagen (skin tissues) revealed they were still present caused the scientists to proclaim the “model” as a “bad argument”. They claim it as a bad argument despite knowing the fact that the collagen is original to the dinosaur, has not decayed, and they have full knowledge of observed decay rates for comparison. However, because of their worldview regarding evolution and the presumed age of the earth, the age of the dinosaurs, and the age of the sedimentary layers which contain these fossils, they dismiss the results as “a bad argument”.