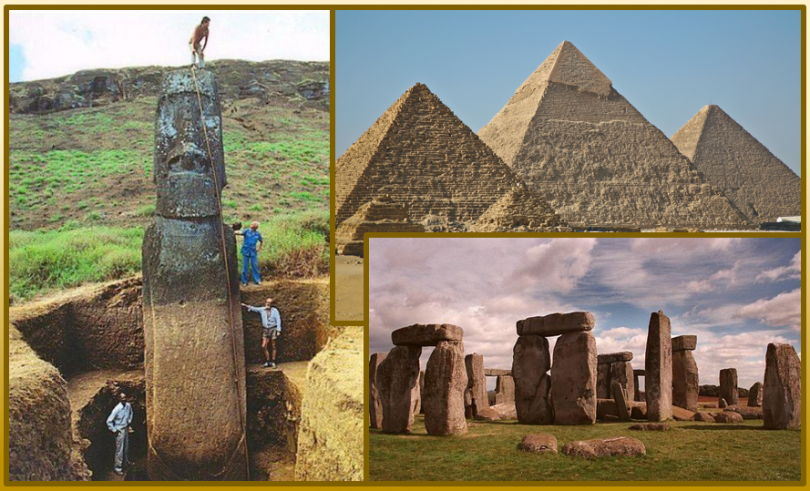 The naturalistic view of humanity as emerging from ape-like creatures sets the image of primitive brutish early mankind. However, many ancient structures combined with recorded human history together stand as evidence that mankind seems to have always been intelligent. So baffling is this to evolution some have even proposed that perhaps aliens constructed structures such as the Egyptian Pyramids or the sculptures at Easter Island. The worldview reasons that “primitive man” should not have been intelligent enough to engineer such structures or to have moved such massive stones.

The Great Pyramids required an absolutely level base for their foundations and the precision of the construction using 2.3 million stones each weighing 3 tons with a total mass of the great pyramid of 6.5 million tons! Each hand carved stone was laid with precision so exact even a sheet of paper could not fit between the gaps of these massive stones. How could early man have achieved such an ingenious achievement? Some today, unable to comprehend “early man” as intelligent see this precision as only being completed by perhaps aliens or via the assistance of aliens. After all, how could “primitive man” have moved such huge stones, build such monumental structures, created such intricate artwork, and organized these complex cities, structures, and cultures all while being so ‘primitive’? If evolution were true, the further back into history we look, evidence should show a gradual decline in man’s intelligence, moving closer to the ape’s the further back we go.