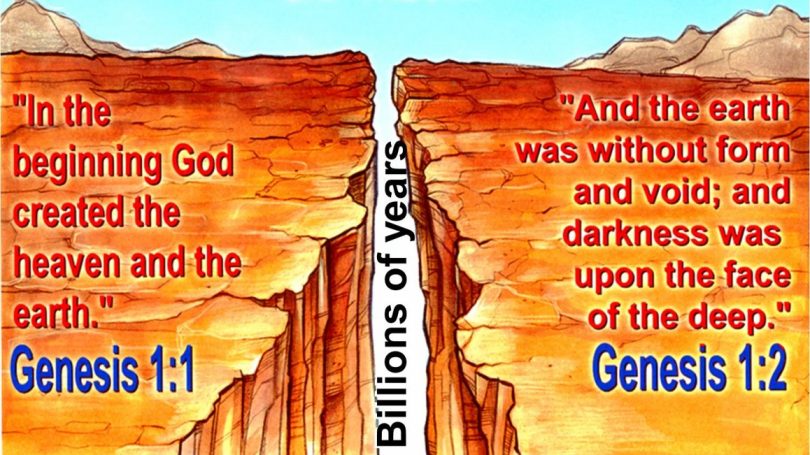 The gap theory, progressive creation, or theistic evolution are all used to “save” the biblical text from apparent contradictions, but not from contradictions within the bible, but from those determined by theories outside the bible. The gap theory is proposed to add in billions of years between the first and second day of creation. In doing so, it still fails to match the order of events or find all the time required for the descent of species as envisioned by the theory of evolution. It is merely another compromise justified by torturing the biblical text to sing the song the world wants to hear.

The Gap theory adds in billions of years into the bible between the first and second day of creation. This “gap” is adds eons of time not required by the miracle of creation by an all powerful God, but rather as required to have the text meet the evolutionary theories of man.

If by contrast, the gap theory, progressive creation, or theistic evolution are used to ‘save’ the biblical text it also fails.  A simple reading of the bible reveals the intention is God created everything in six days and rested on the seventh day. Literal days. First, the meaning of the word day “yom” in Hebrew when used in conjunction of “an evening and a morning” as described during each day of creation in Genesis, always means a single ordinary day. Second, the ten commandments include keeping The Sabbath.  This is defined as working six days and resting on the seventh day, God explains, just as He created the heavens and the earth in six days and rested on the seventh—so we should honor this as well. Third, the word “day” is used in the bible over 2,300 times but its meaning is only questioned during creation week.