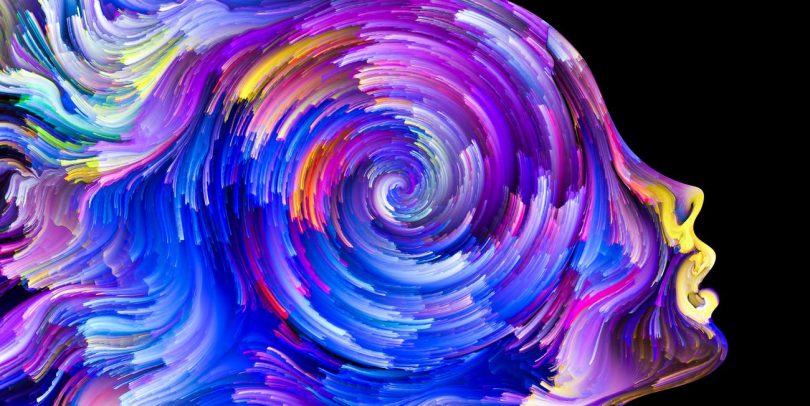 Tragically, the famed co-discoverer of the DNA double helix structure Francis Crick deduced that in light of naturalism and Darwinian evolution the mind is only an illusion. We are not really alive (as we might think of being alive) but we are merely purposeless chemical reactions firing off synapses in our brains which delude us into believing we have consciousness.

Darwin eliminated design by claiming naturalistic processes he dubbed Natural Selection was doing all the work. Later, expanding this rationale, Francis Crick eliminated the mind as well, by reasoning we are but molecules and not even really ‘alive’. As absurd as these naturalistic constructs may sound, believe it or not, this is where modern day science still rests. Naturalism denies the mind– it is but an illusion.

Science assures us that there is no such thing as design, purpose, intelligence, and therefore there is no such thing as the mind either. Evidence all around us stands in defiance of such idiocy. Some have even claimed the universe is only a mere electronic simulation. Others claim that perhaps an infinite number of universes, multi-universes account for the complexities and problems associated with a purely naturalistic reality.

Darwin wrote (after publishing his book Origins): “But then with me the horrid doubt always arises whether the convictions of man’s mind, which has been developed from the lowers animals; are of any value or at all trustworthy. Would anyone trust in the convictions of a monkeys mind, if there are any convictions in such a mind?”

Ultimately the debate boils down to affirm materialism and deny your own mind or affirm your mind and deny materialism.

Patricia Churchland “has been formed by evolutionary forces—by Darwinian mechanisms— that built us to merely survive, not to understand or act rationally.” Such crazy talk perhaps justifies rape, murder, theft, and any other supposed moralities because they are actually all non-existent. If there is no moral accountability then there is no right or wrong.

Paul Feyerabend expanded his thoughts on this conflict pointing out that, “its not atheism that destroys the mind, but strict materialism.”

Where did such craziness come from?

Francis Bacon, a contemporary of Shakespeare, four centuries ago made the crucial decision that science would forever abandon “final causes” or the “what for” questions. Prior to this decision all thinking people (up this this time) had inherited from Aristotle that there were “purposes” for objects, especially living things.

Should science merely investigate the mechanics of nature? Is asking what something is good for not fit for scientific inquiry? Such rationale was doomed from the start because some things simply cannot be understood outside their functions. As an example, while it maybe obscure as to what the purpose of a horse might be, it is not obscure what the purpose of the eye of a horse is for. The function of a stone cannot be decided by science but the function of the heart surely can. For two hundred years the truce between the factions of no “final causes” as eliminated by Francis Bacon would be finally eliminated by Darwin. Darwin’s solution was to simply deny purpose altogether– purpose doesn’t even exist!

“There seems to be no more design in the variability of organic beings and in the action of natural selection, then in the course which the wind blows.”

Modern science discoveries of elegant complex molecular machines stands in abrupt opposition to such thought and philosophies. As we stated earlier, many things cannot be explained outside of their purposes, therefore to claim they have no purpose is absolutely absurd.