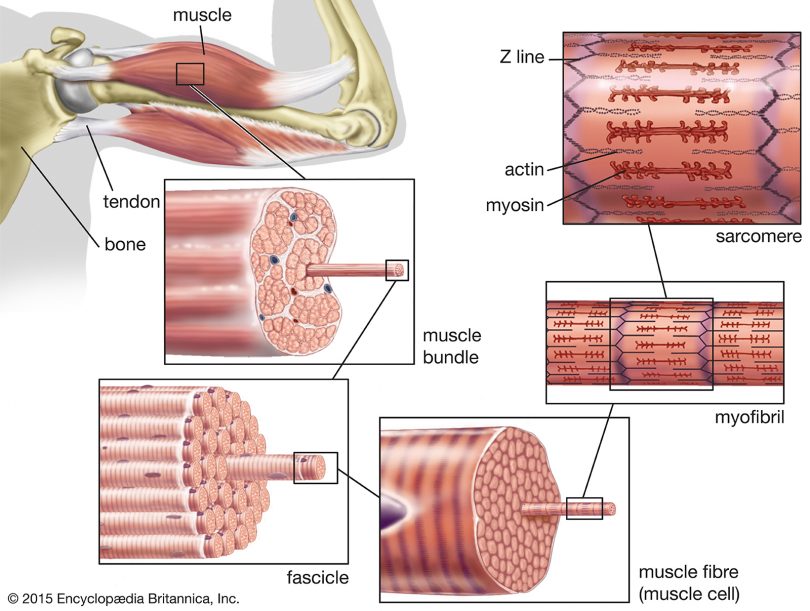 Titin is a highly specialized protein that provides flexibility to muscles in many animals. When Titin is written out it is the longest English word comprised of 189,819 letters. The word takes three and a half hours to pronounce! It consists of more than 34,000 amino acids in its protein chain—each amino acid letter precisely placed in sequence by stunning DNA informational blueprints. Mathematical likelihoods of an amino acid chain of only 100 randomly and spontaneously forming requires a near miracle. When such math odds are applied to Titin calculators melt down.

TITIN is a “Titan” sized protein found as the flexible strength of muscles. This protein has a remarkable ability to maintain strength while stretching and folding into stacks of sheet-like material.

Titin is the longest Amino Acid protein chain found In the human body and also has the strongest protein bond found (so far) in nature!  This giant protein organizes the structure of muscles and gives them elasticity.  It is the largest protein chain in your body with more than 34,000 amino acids! This “titanic” protein acts like a big rubber band in our muscles.

Imagine the complexity required for protein synthesis for such a monster protein! As a challenge to evolution, this monster protein exists in many various animal families (not just humans). The oldest known animal with a form of titin is the Zebrafish.

This fish is found in fossils dated to the Paleozoic, some 359 million years ago! Less than 200 million years after the Cambrian explosion life is complex enough to manufacture protein chains of over 35,000 amino acids in length– wow!

Titin is the longest word in English with 189,819 letters.  It would take you 3.5 hours to pronounce correctly.