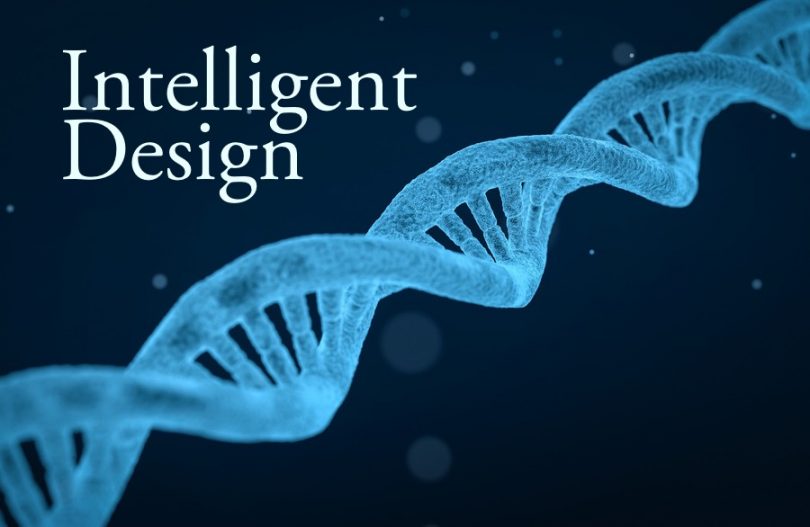 Even though living organisms are exponentially more complex than anything ever invented by mankind, biologists go to painstaking lengths to clarify that although life appears designed, it most certainly was not designed. Despite this claim, it seems that only the language of engineering and design suffices when describing molecular machines observed in biology. We find that such technical machine language is used interchangeably in biology textbooks reading more like a mechanical engineering manual then text describing functions of living organisms. Is biology’s reliance on such design language mere coincidence or used for convenience only? Perhaps living organisms are best described and defined by such technical design language because life was designed.

Design can be defined as a plan or drawing which reveals how an object will work before it is built or made.

To illustrate, imagine a construction site that is stocked with all the necessary hardware needed to build a home. We have our site (the land), bricks, mortar, cement, iron beams, steel rods, lumber, bundles of wiring, pipes, sheet metal, paint, nails, screws, etc. Clearly, without people (intelligent agents), our structure will never be constructed. We recognize intuitively that without human intelligence, work, and ingenuity, the materials cannot accomplish anything independently. We rely on contractors, engineers, architects, plumbers, electricians, and more to carefully design and plan each sequential step of our imaginary home assembly.

To further illustrate how vital intelligence is toward building our building, let’s try to imagine how we might construct the home without people. Let’s use a tornado as an illustration. Imagine a tornado hit our stockpile of materials and randomly moved and rearranged all the raw materials. Amazingly, after the dust settled, we found that our home was fully working and completed. Of course, intuitively, we know that such an imaginary event would never happen. It is not based on a mathematical unlikelihood– it is flatly impossible.

But what if we imagined the tornado hit our materials thousands of times every day? What if this happened year after year for many hundreds of billions of years? Then might our building emerge by chance? Clearly, it is not the number of trials that makes this illustration impossible. Still, it is the absolute reliance on the intelligence behind the design that, regardless of naturalistic chances, renders such a belief irrational.

Engineers and non-scientists alike understand that building anything requires advanced planning and careful design if any success level is expected. Research shows that such planning is not uniquely required in construction, but genetics has massive reliance on carefully coordinated processes. As an example, early embryonic development has revealed that the sequence of early protein formation is critical to avoid deadly deformities. Just as a home site needs to be prepared, followed by a foundation’s pouring, then the walls erected, then the roof added, etc. Living things also have mandatory sequences of construction, which are more complex than ever imagined. This raises the logical question: How could the so-called “blind watchmaker” (evolution) have organized such masterful planning of such massively complex body styles by mechanisms merely consisting of random natural processes?

To complicate matters further for The Theory of Evolution, genetics has revealed that biological hardware (“raw materials“ or “building blocks”) are built uniquely and especially by the living cell for the living cell. Living things do not merely collect materials from their environment; they synthesize them. They manufacture their own vitamins, amino acids, fatty acids, etc. Those building blocks that the living organism does not directly synthesize themselves obtain from other living organisms. For example, they do this by ingesting other plants and animals with essential amino acids and vitamins they do not synthesize themselves. From these building blocks, living organisms combine and refine such materials into vastly complex structures such as proteins, blood, tissues, fatty acids, glucose, skin, muscles, organs, bones, etc. The life form builds every building block, every structure, and every organelle required for all life. Today, we know that these marvels are assembled by machine-like genetic informational “recipes” provided by genomes found in DNA. They are built with stunning precision and speed. Finally, all levels of these materials are not merely assembled by the cell; they are requisitioned, replicated, transported, repaired, quality controlled, and even recycled. The living cell works as a finely tuned molecular-sized factory that builds nano-sized protein machines. Machines that provide transportation trucks, roadways, drills, saw cutters, syringes, strainers, hammers, funnels, filters, pumps, propellers, and much more. Such functions are seen nowhere else on earth or in the known universe.

“The machine code of genes is uncannily computer-like. Apart from differences in jargon, the pages of a molecular biology journal might be interchanged with those of a computer engineering journal. ”

Even though living organisms are exponentially more complex than anything ever invented or built by mankind, manufacturing their own building blocks, assembling their own tools, and replicate themselves as nano-factories, biologists insist life was not designed.

Richard Dawkins, an outspoken critic of Intelligent Design, Religion, and Creationism, remarked in his book,The Blind Watchmaker that biology and design are so intrinsically tied, the field of… “Biology is the study of complex things that appear to have been designed for a purpose.”

When pried away from the technical language of design and purpose, life is left fending for itself as self-emerging purely due to natural laws. Naturalism (evolution) relies on atomic and chemical affinities operating under universal laws to form life somehow. Such natural laws reported having created living organisms have never been observed in any laboratory or nature. Yet, these natural processes are dogmatically regarded as fact despite offering no observable evidence while relying on luck that stretches mathematical odds well beyond reason. Naturalism’s only saving mechanism is the input of lots and lots of time. The reasoning goes that if enough trials occur, then luck and spontaneous random chance has at least hypothetical odds to have somehow life emerged.

Evolution’s reliance on fortuitous luck can be compared to our hypothetical reliance on a tornado, becoming the mechanism that assembles our building. Relying on natural causes to build life itself. We determined that a tornado would never build our hypothetical structure regardless of how many attempts and years we offered. We found that this would be much more unlikely for living organisms because, as we found, living organisms are exponentially more complex than any brick and mortar structure. Yet, modern-day biology has concluded that only random spontaneous chance caused the origin of life. We are expected to accept these conclusions despite mountains of contrary evidence, lack of observable supporting evidence, a violation of our design intuition, and failing the “stink test” of common sense. We are left relying on conclusions based on mere conjecture. Conclusions that are severely lacking, filled with intellectual deficits, and a “scientific“ reliance on luck that is clearly absurd.

Additional evidence and genetic discovery have further tightened the grip that technical design language has on biology over the decades. Such overwhelming use of design language throughout all fields of biology is evidence of this reality. Biologists find that only machine design language can adequately articulate what is being discovered in the lab or under the microscope. A few such examples we find biologists using such language include: genetic code, genetic information, transcription, editing enzymes, signal-transduction circuitry, feedback loop, blood clotting cascades, and information processing system.1

“…paradoxically, even the severest critics” use such design language “for the sake of convenience”.”

Finally, each of us intuitively recognizes that anything designed only comes about by an intelligent agent’s willful act. Such designs never emerge from naturalistic processes! The intelligent agent we intuitively recognize in those designs is those caused by human purpose. Where then did the design of genetic information emerge? Nature? Surely not! Shockingly, we conclude that design must predate life on earth. If we can accept this merely as a logical possibility, we may discover that the best scientific explanation for life is intelligent design if we can set aside our bias. If we are relying only on observable data, then we must conclude that this is the only conclusion that can be drawn: life was designed.

Most evolutionists will state that such intelligent design conclusions are merely creationists attempting to inject God into realms that belong to science and not faith. Evolution popularizers use fear tactics to defend their theories. We are using scientific data as a defense. Why then do evolutionists smear Creationists by insisting that science and God are mutually exclusive? It is a means to muzzle opposing views! Science is man’s attempt to describe, categorize, and define the many wonders of the universe and the natural world around us all. “Science” examines and experiments on energy, atomic properties, chemical affinities, gravitational forces, planetary orbits, and even the study of biology. If God created everything, then this includes everything: all natural laws, chemicals, atoms, physics, time, space, information, and order. If God did not create, then how or where everything emerged remains a massive mystery still NOT answered by scientific discovery. Therefore, both deductively and inductively, we know that causes do not and cannot explain origins.