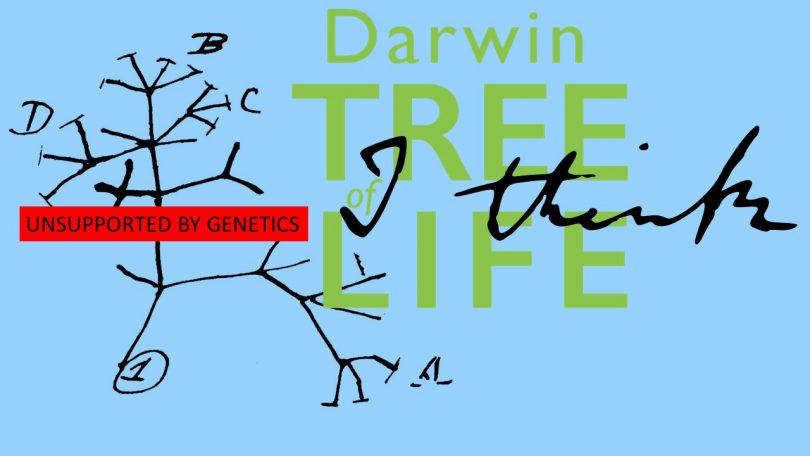 Genetic studies reveal data which finds species too similar and much too young to support the idea of common ancestry decent.

After completing an in depth genetic studies at the Rockefeller University of New York, Mark Stoeckle lead author on the paper was asked in an article in the Journal of Human Evolution if the conventional common ancestry (i.e. single cell to man) genetics were held true by the genetic evidence?

The article explained that evidence shows that the genetic diversity of most species on the planet are about the same regardless of migration, relocation, or proliferation of the species. Also, and perhaps most startling, was the finding that 90% of all species studied (mitochondrial DNA evidence) has come into existence only 100,000 – 200,000 years ago.  He apologized for the evidence.

The conclusion is very surprising, I fought against it is as hard as I could.