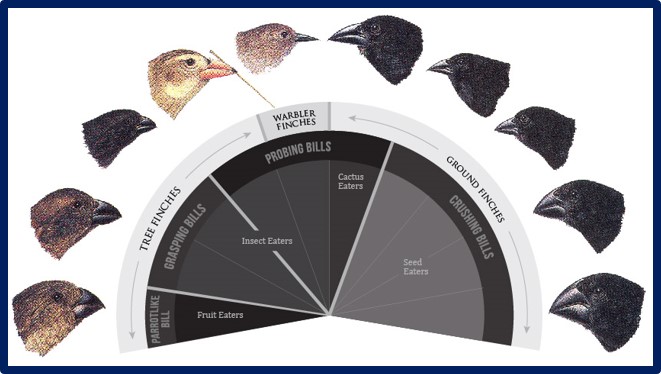 Mutations can be divided into two wildly different categories: first those that occur at reproduction within DNA function called Alleles or “germline”. These mutations allow for variety or what is usually called natural selection: Color of eyes or hair, etc. It is strange to call these mutations as they work as designed and have nothing to do with random or spontaneous chance which is the champion of Darwinian evolution. The second type of mutation is this type, an error outside reproduction. This type of mutation is almost always harmful, neutral, or deadly to the host causing nearly 2/3 of all cancers in humans. However, despite such degradative results, evolution relies on these specific types of mutations to bring about the entire common ancestry of evolution and all the diversity within life. Mountains of research has shown that spontaneous mutations cannot and never provide nearly anything beneficial to any living organism–ever. In a few cases where it is argued such mutations are beneficial (such as sickle cell), they must concede that such mutations are done only at massive genetic costs.

When Darwin published the Origin of Species by means of Natural Selection he was not the first person to propose such ideas. However, Darwin was the first to propose a naturalistic mechanism to explain the variety and emergence of living lifeforms found on earth today. Darwin argued that all life was the product of undirected natural forces which happened over eons of time, through random and spontaneous actions which Darwin dubbed as “Natural Selection”.

While Natural Selection can be observed as an end result of genetic function as “survival of the fittest” or “variety within species” it cannot explain the arrival of life or the divergence of species. Minor changes within the same species, characteristics which help an organism to survive, such as thick fur in a cold environment or a heavier beak to break tough seeds for a bird, fail to move animals to new kinds or families. Such DNA diversity at reproduction occur within structures called alleles. These changes occur due to functions already present in the DNA and are not new to the organism nor do they occur by spontaneous mutations.

While natural selection can be used to explain simple observed end results within living organisms it cannot and does not explain the origin of life or the divergence of species as foreseen by Darwin as common ancestry of all life.

Arrival of the Fittest: Natural Selection as an Incantation