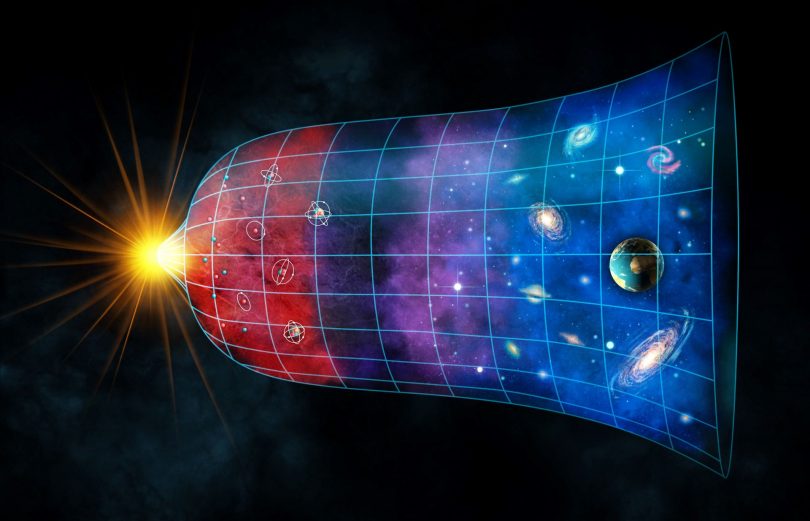 Before you argue the stale position that the laws of thermodynamics are not violated by evolution because the earth is not in a closed system, remember that all fields of science, aside from biological evolution, fully recognize and observe entropy in the open system of earth. However, only the imagined mechanisms of evolution must repeatedly conquer entropy at massively frequent and rapid rates. While entropy is an observable scientific phenomena that impacts all matter in the universe, including matter on the earth, entropy is somehow stifled by evolution constantly building, organizing, and improving all living things.

If you were up at dawn and found yourself as the first person to walk on the beach that morning, you would not expect to find yesterday’s sandcastles still pristinely standing from the previous day. In fact, even all the thousands of footprints from yesterday are now all erased by the waves, wind, and erosion.  The sandcastles and footprints are all gone due to an observed natural process science calls entropy. Simply, entropy means things falling apart.  Hot coffee falls to room temperature.  In space ‘room temperature’ is zero degrees Kelvin or -459.67 degrees Fahrenheit.  This is so cold it is theorized that even atoms stop moving.

Entropy is not hard to understand.  We observe entropy in literally everything.  We see our homes, offices, and cars all requiring constant cleaning.  Our yards and parks need landscaping. Our bodies need personal hygiene.  If we allow any of these things to go for even one week then things get very disorganized (and stinky).  Entropy is observable and employs common sense and logic.

To the contrary, evolution imagines the universe and everything in it much differently. Evolution imagines a universe where everything operates as the opposite of entropy.  It sees a universe that self-assembled.  Life that self-emerged.  Life that continually gets more and more complex.  Evolution claims complex systems emerged from the explosion of The Big Bang via coalescing dust to form the universe, stars, galaxies, solar systems, planets, and moons (see nebular hypothesis). Here, dust self-assembles into pebbles, pebbles to rocks, rocks to asteroids, asteroids to proto-planets, to planets.  Even stars formation and the rest, even atoms and elements self-assembled.  Then, on earth, these chemicals self-assembled (randomly) and formed the first ‘simple’ life form. Then this ‘simple’ life form become more diverse and complex with the single ingredient of lots and lots of time (billions of years). Time itself when applied to thermodynamics has the opposite effect: more entropy accumulates as more time passes.

Such evolutionary claims are preposterous but are held as sacred and essential to uphold the evolutionary worldview which claims everything emerged only by naturalistic processes even though naturalistic processes are the opposite.  These positions hold everything was assembled without purposeless, without direction, by the so called ‘blind watchmaker’ (Richard Dawkins). Evolution self-assembles everything in the workshop we call the universe.  However, anyone employing logic and reason, finds these concepts to not only violate known scientific principles of thermal dynamics (entropy), they are also a violation of common sense.  However, as the evolution ‘science’ textbooks report: these things ‘must be’ true as to answer why naturalism (evolution) can explain how everything exists without any inclination toward the supernatural.

The first law, also known as Law of Conservation of Energy, states that energy cannot be created or destroyed in an isolated system.  The Big Bang Theory is a direct violation of this law.  Or more accurately envisions all of the energy present in the universe today fit into an tiny space smaller than an atom.   The problems with this theory are numerous.

The second law states that the entropy of any isolated system always increases.  Biology as a whole violates this law by alleging evolution of living things.  The saving argument is that the earth is not in a closed system due to the location of our sun provides us more energy.  While this is true it does not account for the self-assembly and violation of other entropy actually experienced and observed on earth.

The third law states that the entropy of a system approaches a constant value as the temperature approaches absolute zero.  The earth does not apply here as the sun provides energy to the earth so temperatures are stabilized.  However, evolution does violate this in cosmology all the time.

As an example, the proto-planet Pluto, thought to be billions of years old was found to still be geologically active.  But Pluto is much too small, because the Law of Thermodynamics sees smaller objects cooling faster.  Therefore, Pluto should be only an ice ball but it is not.  The  saving device used by evolutionists here include the assumption the surface ‘must have’ been hit by a meteor.  This same saving device is used for most every planet and moon in our solar system that does not meet naturalistic expectations.

Many of these features (of Pluto) have been described as ‘puzzling’, because contrary to evolutionists’ expectations, they make Pluto ‘look young’!  This is because (Pluto) has been recently geologically active. But this should not be possible for an object of Pluto’s small size. Smaller objects cool off more rapidly, and if the solar system really were the assumed 4.5 billion years old, Pluto would have been ‘cold and dead’ long ago.”

The facts are the facts.  Real Science observes degeneration (or entropy) of all matter.  Evolution is the ONLY Field which imagines order forming from disorder- the opposite of what is observed in science and nature.