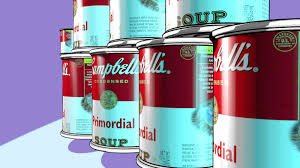 The concept of the spontaneous and random emergence of life from mere chemicals remains non-scientific. Such a position is based on a variety of wild conjectures of primordial soups and not on scientific observations which indicate the opposite. Despite proven scientific experiments going back to the 19th century, evolution popularizers persist with their tale: somehow life spontaneously emerged on earth. The only weapon they wield as proof is massive amounts of time, billions of years; As if time itself somehow is a mechanism that built and expanded life as we find it today. Absurd!

Louis Pasteur’s 1859 experiment is widely seen as having settled the question. This was one of the last and most important experiments disproving the theory of spontaneous generation.

The term evolution uses is “abiogenesis” which states that “the original evolution of life or living organisms from inorganic or inanimate substances.” which is spontaneous emergence of life from non-living chemicals many billions of years ago.

Supposed ‘primordial soup’ requires spontaneous generation to have occurred at least once in the past. This reaches beyond the princess kissing the frog to turn him into a prince!

From Biology LibreTexts:  “Spontaneous generation is an obsolete body of thought on the ordinary formation of living organisms without descent from similar organisms.”

“Doctrines held that these processes were commonplace and regular. Such ideas were in contradiction to that of univocal generation: effectively exclusive reproduction from genetically related parent(s), generally of the same species. The doctrine of spontaneous generation was coherently synthesized by Aristotle, who compiled and expanded the work of prior natural philosophers and the various ancient explanations of the appearance of organisms; it held sway for two millennia.

“Today spontaneous generation is generally accepted to have been decisively dispelled during the 19th century by the experiments of Louis Pasteur. He expanded upon the investigations of predecessors, such as Francesco Redi who, in the 17th century, had performed experiments based on the same principles.”

One of the experiments hailed as evidence of possible abiogenesis (life from non-living chemicals) was the Miller-Urey experiment.  In this experiment (which has failed to ever be replicated) found a few obscure amino acids could be produced in the laboratory under very unusual conditions supposed as the ‘ancient atmosphere’ of earth (lacked free oxygen).  The experiment was conducted this way because oxygen is known in chemistry to destroys chemical compounds (just like water does) through oxidation.  There are many problems with a no oxygen earth including this would mean earth would have no ozone layer and therefore life would be impossible.  Plus, we got to breathe right?  Finally, the nail is in the coffin on this experiment as geologic evidence has shown that in the past the earth always had oxygen– in fact some amber fossils indicate that early history of earth (before the flood) oxygen levels may have been much higher than today.