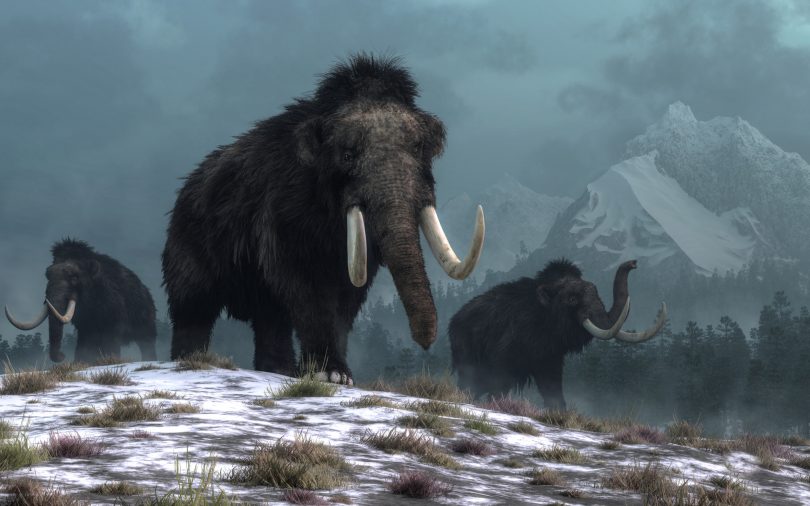 The same skin of a mammoth was sent to two different labs for carbon dating to test for accuracy. Surprisingly, the results differed in each test, in one case the results varied by more than 14,000 years. This test exposed error rates as high as more than 32%, which of course is well beyond any meaningful scientific perimeter. In the end, scientists pick the dates from their tests which best fit their evolutionary guesstimates of age.

How Carbon 14 gets into samples

Carbon-14 is a form of radiometric dating that is unique because it is the only method used to date once living carbon-based organisms. Carbon based life forms metabolize carbon and absorb radioactive carbon-14 into their living cells. When the life form dies the metabolism, process stops and therefore the remaining radioactive carbon-14 begins to decay. As the total amount of carbon-14 decreases over time the remaining carbon-14 can be used to estimate how long the specimen died. Carbon-14 stabilizes quickly and thus has a short decay cycle. This means in only 5,730 years half of the originally assumed radioactive material will have stabilized and completed one half life. This means that if Carbon-14 remains in any sample it is only thousands of years old and never millions of years old because all Carbon-14 would have decayed within thousands of years.

In another instance a Fairbanks Creek Mammoth had its leg tested at one lab and its skin at another and the variance was greater than 6,000 years – for the same specimen.

Most all radiometric dating methods are based on assumptions about events which happened in the unobserved past. Older samples such as fossils or ice age relics must be dated using assumptions because the original conditions and rates of decay are unknown. Unknown because clearly these events occurred long before the scientist was even born, and therefore, assumptions must be made to date old samples from an unobserved past.

Materials from layers where dinosaurs were found dated 34,000 years”

Dinosaur bones have been discovered to have soft tissues and even red blood cells.

This illustrates the reality that these radiometric dating methods are wildly biased toward determining the desired “millions of years” result from the beginning. The idea of an ancient earth and universe was based on preexisting presuppositions prior to any radiometric measurement taking place.”

Labs conducting radiometric analysis ask the scientist providing the sample to estimate the date range they expect the sample to fall. This way the lab can test until they get the result the scientist is “expecting” and throw out any unwanted results.