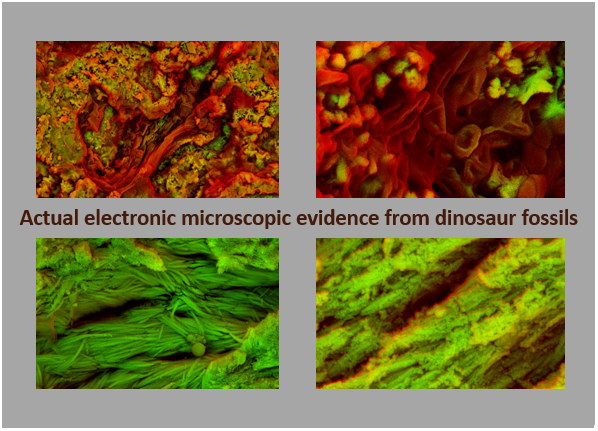 Known decay rates of proteins found within bone are known as collagen defy evolutionary time scales of the supposed prehistoric dinosaurs.  Observed decay rates of collagen are known by scientific observations to decay within a maximum of approximately 30,000 years.

Therefore, the youngest dinosaurs, assumed as being at least 68 million years extinct, are exponentially beyond these known decay time limits of science.