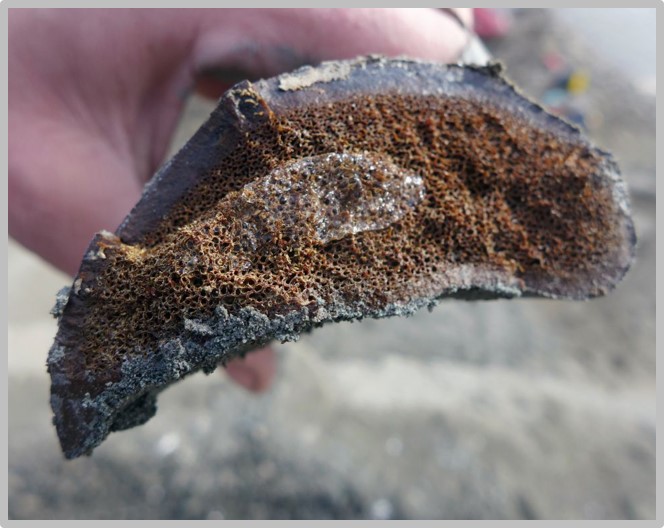 UN-mineralized or UN-fossilized dinosaur bones with still soft marrow defies evolutionary time scales. How can a dinosaur bone at least 65 million years old be yet bone and not a fossil? The age of the bone is an assumption…

In Alaska in 1967 this sample was initially assumed not to be a dinosaur because it was not fossilized. It was frozen bone and marrow. However, decades later, it was realized this was bone from a duck-billed dinosaur, again not a fossil, but bone with soft marrow: defying the millions of years old ideology of evolution.

Scientists remark at how fresh the dinosaur specimens appear:

The hadrosaurid (duckbilled dinosaur) remains are almost entirely disarticulated, show little evidence of weathering, predation, or trampling, and are typically uncrushed and unpermineralized”

Other researchers have found similar frozen dinosaur bones. For example, in 1987, while working with scientists from Memorial University, a young Canadian Eskimo picked up such a bone fragment. It was identified within days as part of the lower jaw of a duck-billed dinosaur.