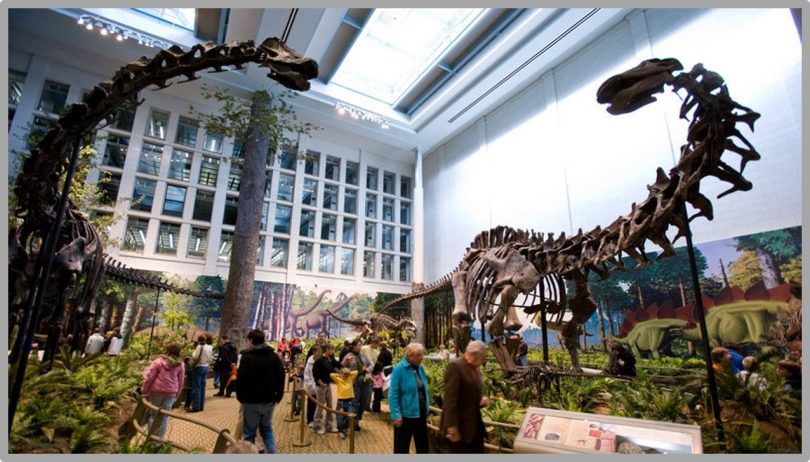 Where evidence is scarce, in evolution, assumptions abound! A paleontologist had discovered the skeleton of a giant dinosaur but unfortunately no head was found. In pursuit of gaining fame, and beating out competitors, he placed a spare head on his skeleton thereby creating an imaginary species he named the brontosaurus. The impressive dinosaur with the wrong head was displayed at the Smithsonian! The head belonged to an Apatosaurus.

One of the best known dinosaurs in books and museums for the past hundred years, brontosaurus never really existed. The dinosaur’s skeleton was found with the head missing. To complete it, a skull found three or four miles away was added. No one knew this for years. The body actually belonged to a species of Diplodocus and the head was from an Apatosaurus.

The Bone Wars was the name given to a bitter competition between two paleontologists, Yale’s O.C. Marsh and Edward Drinker Cope of Philadelphia both splitters. Their mutual dislike of each other combined with their scientific ambition to discover new species of dinosaurs led them rush publications as each attempted to outdo the other. This was not limited to this event in history, today we find the same ambitions of fossil “splitters” looking for funding and new species especially regarding human evolution.

“There are stories of either Cope or Marsh telling their fossil collectors to smash skeletons that were still in the ground, just so the other guy couldn’t get them. It was definitely a bitter, bitter rivalry. The two burned through money, and were as much fame-hungry trailblazers as they were scientists.” (1)

It was in the heat of this competition, in 1877, that Marsh discovered the partial skeleton of a long-necked, long-tailed, leaf-eating dinosaur he dubbed Apatosaurus. It was missing a skull, so in 1883 when Marsh published a reconstruction of his Apatosaurus, Lamanna says he used the head of another dinosaur — thought to be a Camarasaurus — to complete the skeleton.

“Two years later, his fossil collectors that were working out West sent him a second skeleton that he thought belonged to a different dinosaur that he named Brontosaurus. But it wasn’t a different dinosaur. It was simply a more complete Apatosaurus — one that Marsh, in his rush to one-up Cope, carelessly and quickly mistook for something new.