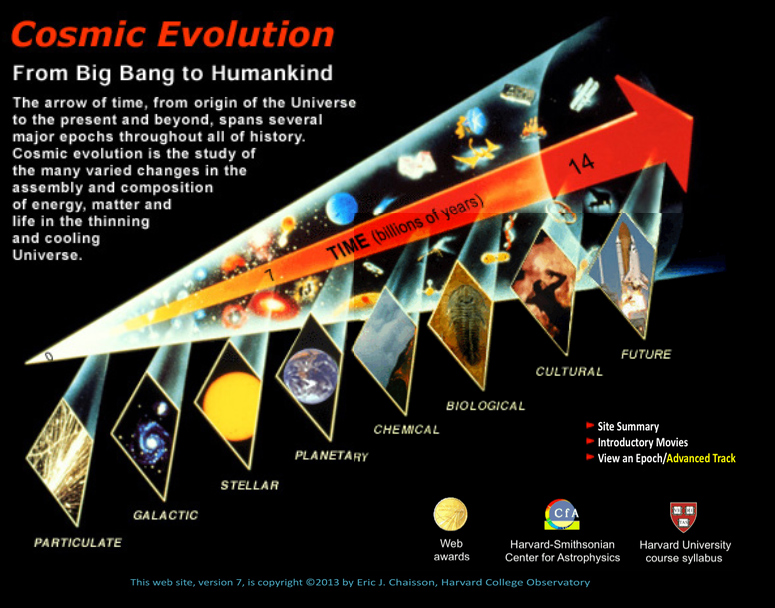 Evolution popularizers insist on keeping the matters of Darwinian evolution (the bacteria to mankind descent of life) separated from the abiogenesis (the emergence of life from chemicals). They argue that these are separate issues perhaps because neither is easily defendable. Regardless, both the emergence of life and the descent of life are presumed to have occurred by purely naturalistic processes without purpose, intelligence, or direction of any kind. Because both occurred by mere random and spontaneous natural events, they are intrinsically bound together, each fully dependent on the other for their very existence.

Naturalism: the philosophical belief that EVERYTHING arises from natural properties (see primary image) and causes, and any supernatural explanations are specifically excluded.

Therefore, evolutionists argue, creationists (like us), profess that because all evolutionary theories are assumed as emerging and persisting as products of Naturalism, therefore, each model of evolution MUST be true, including EVERYTHING from The Big Bang to Abiogenesis.

Abiogenesis is the naturalistic theory that life “must have” spontaneously emerged from inorganic or inanimate matter (chemical forms that do not have life) perhaps billions of years ago. “The important thing to remember” evolutionist point out,”is to note that evolutionary theory is a scientific theory about how life evolved as a premise that life already existed.” This as such is separate from the origin of life.

Naturalists tell creationists all the time that, “Evolution and evolutionary theory are already confusing enough”. (We agree!) Therefore, we should not combine abiogenesis and evolution together because they are different.

However, in the same “atheism and agnosticism” article, the author concedes the point: actually “it is NOT invalid to join the two” based on Biological and Molecular evolutionary explanations required within the very definition of abiogenesis.

Biological evolution and molecular evolution are the basis for naturalistic explanations of abiogenesis. It is true that these do have some relation and overlap in the sense that molecular change (in genes) drives biological evolution. So, it is not necessarily invalid to join the two, especially when you consider that it is hard to draw a definitive line between life and non-life.”

Abiogenesis refers to the emergence of life from non-living chemicals on a prebiotic earth. Based on the information found on websites and on the internet, one might believe this is all but fully understood. It is far from being...