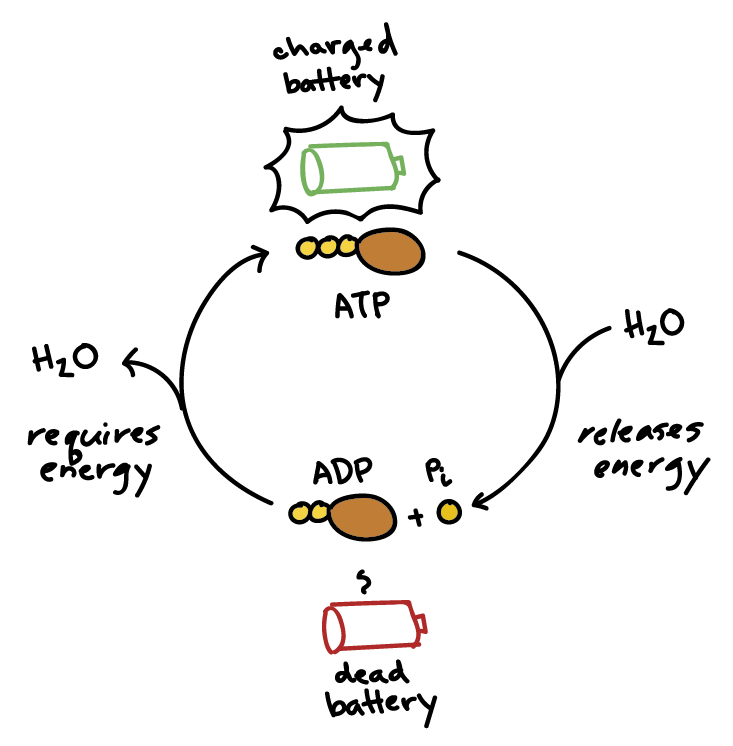 ATP exhibits irreducible complexity in both design and function disputing the very theory of Darwin and evolution by “successive modifications.”

ATP synthase is a poster-child for what scientist Michael Behe calls “irreducible complexity,” a concept widely disputed by Darwinian’s because they know that Darwin himself stated that if any such irreducibly concept was ever discovered his theory would “break down” because it had not evolved slowly and sequentially.

Darwin stated that evolution was “…daily and hourly scrutinizing, throughout the world, every variation, even the slightest; rejecting that which is bad, preserving and adding up all that is good….”

“If it could be demonstrated that any (irreducibly complex system) existed, which could not possibly have been formed by numerous, successive, slight modifications, my theory would absolutely break down.”

On the Origin of Species, Charles Darwin

ATP is a nano-machine composed of many complex parts similar to a rotary motor which can operate at near 100% efficiency. ATP just as with any rotary motor, must find all the components and parts functioning correctly from the start for the engine to run.

ATP is another hallmark of intelligent design and simply could not have “evolved” from simpler mechanisms gaining complexity over gradual and sequential steps as mandated by Darwinian theory because each parts must have been present and functioning from the beginning for any function to be gained at all.

In many organisms, ATP is generated by a protein-based molecular machine called ATP synthase. This machine is composed of two spinning rotary motors connected by an axle. As it rotates, bumps on the axle push open other protein subunits, providing the mechanical energy needed to generate ATP.

“ATP synthase is one of the wonders of the molecular world.” Cellular Biologist David Goodsell, “

All specified information like this, he writes, “always arises from an intelligent source, from a mind and not a strictly material process.”

Similarly, Stephen Meyer describes in his book “Signature in the Cell,” how our DNA is made of “digitally encoded information.”

He places the chance of information randomly coming together to form the building blocks of life at 1 in 1041,000. To rationalize this number there are an expected 1080 atoms in the universe and in a 15 billion year old universe there have been 1018 seconds that have passed. This number is well beyond impossible.