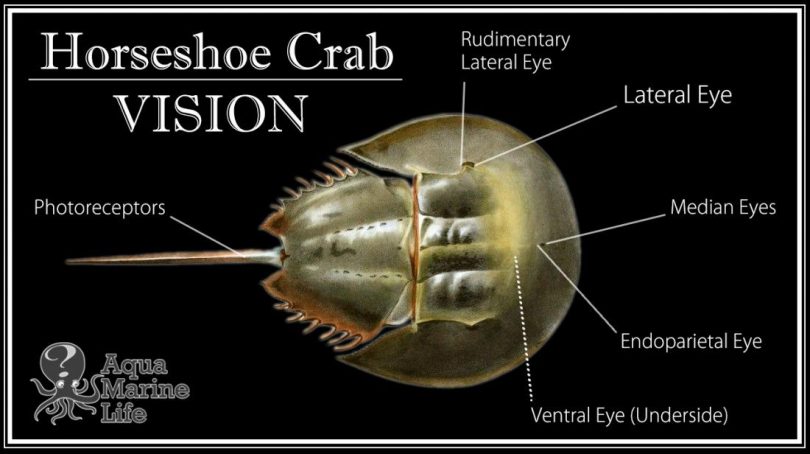 The horseshoe crab is presumed to be one of the oldest living organisms on earth, living in the oceans today still unchanged, yet it has been discovered to have amazing complexity in its blood and vision with an amazing 10 eyes! With no precursor form in the fossil record this living masterpiece remains a massive headache for evolution.

The American horseshoe crab (Limulus Polyphemus) is one of the oldest creatures on earth. The animals is found as a fossil in the lowest layers at the Cambrian. The layer below this are called “Precambrian” and are considered the oldest strata with life.

However, this creature is still alive and well in our oceans today. It has the same appearance as found originally in fossil records and has shown little (to no change since the Ordovician) over these approximate 510 million year. The horseshoe crab is shocking and perplexing from the evolutionary worldview. Evolution expects to find species transitioning from simpler organisms and “evolving” (over vast eons of time) into more complex organisms. Obviously the horseshoe crab has had all the vast eons of time but it remains unchanged.

As perhaps another surprise, this amazing animal continues to play an indispensable role in modern biomedical research especially in fields related to the study related to their eyes and blood.

Not only does their (blue) blood contain special cells that scientists use to detect bacteriotoxins in our medicines, Horseshoe crabs have been integral to the safe production of vaccines and injectable medications for the past 40 years. (Through) the bleeding of live horseshoe crabs, a process that leaves thousands dead annually, is an ecologically unsustainable practice for all four species of horseshoe crab…”

(Also), their (ten) eyes contain a neural network that has provided much insight about physiological processes operating in our visual system, such as light adaptation and lateral inhibition. The horseshoe crab remains an attractive model for vision research because the animal is large and hardy (and) its retinal neurons are big and easily accessible, its visual system is compact and extensively studied, and its visual behavior is well defined. Moreover, the structure and function of the eyes are modulated on a daily basis by a circadian clock in the animals brain. In short, the visual system of horseshoe crabs is simple enough to be understood yet complex enough to be interesting.”

Darwin wrote, “reason tells me, that if numerous gradations from a perfect and complex eye to one very imperfect and simple, each grade being useful to its possessor, can be shown to exist…and the variations (can) be inherited, which is certainly the case; and if any variation or modification in the organ be ever useful to an animal under changing conditions of life, then the difficulty of believing that a perfect and complex eye could be formed by natural selection, though insuperable by our imagination, can hardly be considered real.”

In a nutshell, Darwin was pointing out that if evidence (1) of less complex eye could be shown to have emerged before more complex ones (2) without any mechanisms of sight or structures of the eye falling into irreducible complexity, then it would be possible, although seemingly beyond imagination, that the eye may have evolved.

Both constraints Darwin sited failed: (1) As an example, the horseshoe crabs eyes are very complex and emerged (with all life at the Cambrian Explosion) some 350 million years ago. (2) The human eye (and the eye of all life forms) have been shown to be an irreducibly complex system breaking down The Theory.

All content derived from All About Science article: https://www.allaboutscience.org/darwins-theory-of-evolution.htm