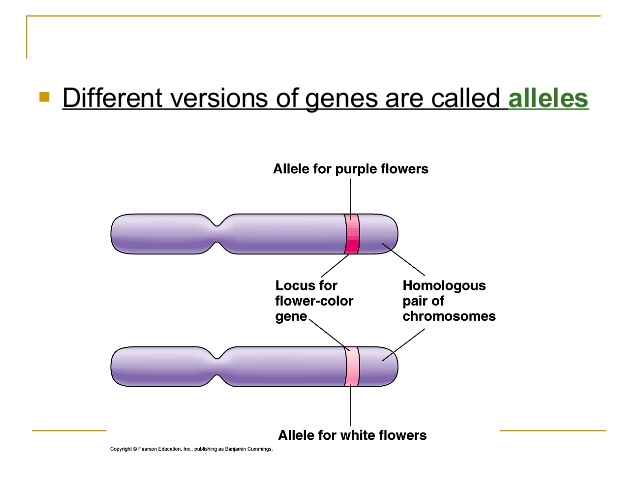 Diversity and natural selection are intertwined and are the supposed mechanism for Darwinian evolution. However, genetics has revealed that alleles are the genes at reproduction which provide ALL the selection of diversity in the same species. Spontaneous mutations are a factor but have been found to be harmful and vastly unable to provide the changes required by evolutionary constructs.

An allele is an alternative form of a gene (one member of a pair) that is located at a specific position on a specific chromosome. These DNA coding’s determine distinct traits that can be passed on from parents to offspring through sexual reproduction.

Evolution is a process that results in changes in the genetic material of a population over time. Evolution reflects the adaptations of organisms to their changing environments and can result in altered genes, novel traits, and new species. Evolutionary processes depend on both changes in genetic variability and changes in allele frequencies over time.

The mapping of the DNA genomes has revealed massive amounts of information regarding variability of traits or speciation.  The findings have determined that all the reproductive variability often called “natural selection” or “macro-evolution” are actually built in functions of DNA alleles and have little to nothing to do with evolutionary processes as originally imagined by Charles Darwin.

DNA alleles at reproduction allows and limits variability’s for unique characteristics of the offspring.  Not “errors” but designed variability.

In humans such variability’s include hair or eye color and other factors such as skin tones, etc.  The alleles (only at reproduction) combine parental characteristics which combined with allowable variances.  This creates unique human beings “woven together in the womb” (as the bible says).

Here is where evolution employs the classic “bait and switch” by taking this DNA allele function and calling it “macro-evolution” or “natural selection”.  However, these variances are not random in the sense of random chance or due to “errors” but are pre-existing limits set by DNA allele established by code.

These DNA alleles variances are also called “mutations” so the “macro-evolution” and
natural selection” appear to be reasonable and honest presentations of evolution.  These portrayals certainly enhance the appearance that evolution is obviously true as these events are occurring!  However, the changes allowed by DNA at reproduction (again) are built in mechanisms and not errors occurring by random chance or due to constraints (or limits) established outside the organism by nature as envisioned by Charles Darwin.

Finally, changes in DNA outside reproduction are in fact errors.  These are the true mutations but they do not help evolution at all!  These random replication errors (are like those envisioned by Charles Darwin) are actually avoided by DNA during replication at all costs.  DNA function is constantly working error correction and error checking processes and enzymes as it replicates each time.  DNA is trying NOT to allow any errors.  DNA is trying not to “evolve” anything!   Unfortunately, when these replication errors occur (outside reproduction alleles) they are almost always detrimental or deadly to the organism.  It has been estimated that as much as 2/3 of all cancers in humans come from these types of mutations:

Researchers at Johns Hopkins University reported Thursday in the journal Science, “About two-thirds of the mutations that occur in various forms of cancer are due to those random copying errors”

Replication errors of DNA (outside alleles at reproduction) are most often due to what scientists call environmental factors.  These environmental factors assault DNA with a long list of risks: cigarette smoke, UV light from the sun, radiation, certain hormones, viruses, an unhealthy diet, obesity, and even a lack of exercise.

These random copy errors (mutations) in cells will occur no matter how healthy we live.  One way to think of it: If we all have some mutations lurking in our cells anyway, that’s yet another reason to avoid known risks that could push us over the edge.”

HOW CELLS MAKE TYPOS: When new cells are formed when an existing cell divides and copies its DNA, one cell turning into two.

Genetic science has discovered DNA allows for diversity via Alleles– and not random mutation
https://www.nature.com/scitable/definition/allele-48/