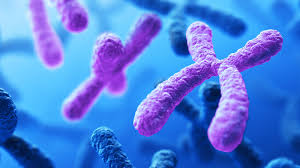 A fatal weakness of Darwinian evolution has been revealed where random spontaneous mutations working with natural selection have been found to work against each other resulting in genetic degradation and devolutionary processes.

Evolution imagines that spontaneous mutations and natural selection provide the mechanism for nano-scale (genetic) changes which over eons of time gradually, through a step-by-step process generate larger scale changes. Being the cause for the emergence of life or the so-called “molecules to man” origins.  This is a massively tall order to fill. What does the genetic evidence indicate? Can spontaneous mutations partnering with natural selection accomplish all this?

Genetic research has determined that nearly all (if not all) such spontaneous mutational changes happened through a degradation of genes.1 Accomplished by deletions, substitutions, or by outrightly breaking previously working genes.1 Thereby, such detrimental effects of spontaneous mutations, limit Natural selection causing it to become less adaptable, and less potent to cause changes beyond extremely slight ones.  Because spontaneous mutations that result in beneficial traits to the offspring (apart from known and intended DNA hereditary function of sex cells) are nearly (if not all) nonexistent. Therefore small changes of spontaneous mutations are subsequently “locked-in” by natural selection causing the problem of the Darwinian mechanism to be multiplied because detrimental effects are much, much more certain.

Beneficial spontaneous mutations rarely (if ever) occur and then natural selection locks it in place stopping further “evolution” in its tracks.

To modify a preexisting protein by a mere 2 amino acid letters coordinated mutations are required: which multiplies the problems for detrimental effects.  The reason the problem is multiplied is because much more time is required for a simple beneficial change to occur then for a detrimental one to occur. Therefore, while the organism waits for a beneficial mutation to occur, the time that passes is “one million of times longer than a spontaneous mutation” which will cause mutational mischief or even death.1

“Reality is there never was a time when natural forces only worked constructively and damaging forces were constrained.  From the dawn of life, to present life beneficial degradation has been a constant background.  It is widely seen that evidence of common descent (via gene similarities) are used in turn (incorrectly) as evidence for Darwinian mechanisms.”

In conclusion, the fatal weaknesses is random mutations and natural selection are found scientifically as grossly inadequate to modify even a 2 amino acid change, let alone adding up to building complex structures of any kind.1

In rare cases where a beneficial trait emerges by spontaneous mutation and natural selection (if such a case actually exists), then, counterintuitively, are provided by the mechanism of degraded genetics.1 The remaining genetic information of the organism are ultimately left with less (and not more) genetic material.  Darwin’s mechanism of spontaneous mutations have been found to be powerfully devolutionary, while unguided evolution through natural selection is self limiting: keeping always within the same species.

Ironically, random mutation and natural selection (can be argued that it) may have helped form a scant few beneficial mutations. Although, this result was completely chiefly by promoting the loss or damage to genetic abilities.1 The evidence provides insight to the staggering failures of Darwinian evolutionary constructs, effectively halting any organism from changing (becoming more complex) long before even crossing the family line– diversifying only the offspring within the same species.1