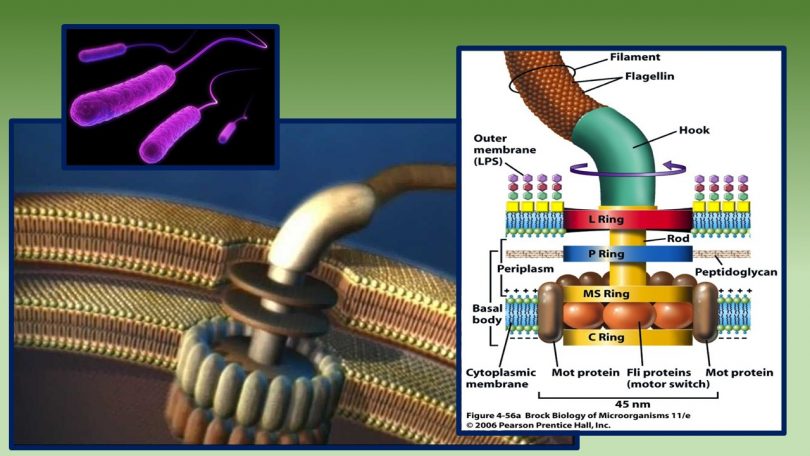 “Darwin (regarding his theory of common decent) conceded that, “If it could be demonstrated that any complex organ existed, which could not possibly have been formed by numerous, successive, slight modifications, my theory would absolutely break down.” Such a complex organ would be known as an “irreducibly complex system”. An irreducibly complex system is one composed of multiple parts, all of which are necessary for the system to function. If even one part is missing, the entire system will fail to function.” Such systems have been found among living organisms but the failed theory persists–why?

Irreducible Complexity refers to a single system composed of several well-matched, interacting parts that contribute to the basic function, wherein the removal of any one of those parts causes the system to effectively cease functioning.

In other words: everything must be working from the beginning. An irreducibly complex biological system challenges Darwinian evolution at its core.

Natural Selection carries a heavy burden: “ If it could be demonstrated that any complex organ existed which could not possibly have been formed by numerous, successive, slight modifications, my theory would completely break down.”

Dawkins, Charles “The Origin of Species”

Natural selection in reality cannot “choose” or “select” anything other than genetic function and spontaneous mutations. Therefore within a functioning system which is already working, then the biological system cannot be produced gradually because all components are required to be fully functioning from the start, as an integrated unit, all built in one fell swoop.

“As the complexity of interacting (components of a) system increases…the likelihood of an indirect route drops precipitously.”

Dr. Behe points out that while it might be welcoming for the naturalist to imagine that such a horrendous unlikelihood might occur through rapid simultaneous mutations—it is only “an appeal to brute luck that can never be refuted.  Yet it is an empty argument…Luck is a metaphysical speculation; scientific explanations invoke causes.”

“Evolution is very possibly not, in actual fact, always gradual.  But it must be gradual…to explain the existence of complicated, apparently designed objects, like eyes.  Without gradualness…we are back to miracles, which is a synonym for the total absence of explanation.”

Such irreducible complex systems are composed of both physical and conceptual precursor.  A list of components of the system conceptually does not make a working system.  A working system can fail for two reasons: Machine does not get the job done and if the machine is too inefficient in doing the job.

Irreducible Complexity definition: “a single system which is composed of several well-matched, interacting parts that contribute to the basic function, and where the removal of any one of the parts causes the system to effectively cease functioning.” (39)  “The system is irreducible not the parts” (261)

As an example, “bacterial flagellum is Irreducibly Complexity, could not have evolved by means of random mutation and natural selection. ”

Below is from “Evolution News”

“Behe’s original argument for irreducible complexity was always probabilistic, meaning that like all claims in science, one never gets 100% proof.  You never absolutely rule out with 100% certainty the possibility of an indirect evolutionary route. But science doesn’t deal in the currency of absolutes. Is that Behe’s problem or the Neo-Darwinian evolutionists’ problem?  It’s the evolutionists’ problem because they claim these structures evolved by unguided mechanisms, and then they promote wildly speculative, perhaps even untestable indirect evolutionary pathways, to back that claim.

Behe’s view doesn’t require absolute falsification. His view is that a direct Darwinian pathway is effectively falsified by the presence of irreducible complexity, not absolutely falsified. Perhaps indirect routes are possible (in the same way that anything is possible), but possible does not mean plausible, or likely.

If the indirect evolutionary pathway is so unlikely or impractical that it would never occur in nature, then evolutionists have only escaped refutation by irreducible complexity by promoting a widely speculative and untestable hypothesis. In essence, they have put Darwinian evolution in an unfalsifiable position.

[O]ne needs to relax Darwin’s criterion from this: “If it could be demonstrated that any complex organ existed which could not possibly have been formed by numerous, successive, slight modifications, my theory would absolutely break down.” to something like this:
If a complex organ exists which seems very unlikely to have been produced by numerous, successive, slight modifications, and if no experiments have shown that it or comparable structures can be so produced, then maybe we are barking up the wrong tree. So, LET’S BREAK SOME RULES!”(Michael Behe, “Answering Scientific Criticisms of Intelligent Design,” Science and Evidence for Design in the Universe, Proceedings of the Wethersfield Institute, Vol 9:146-147 (Ignatius Press, 2000).)