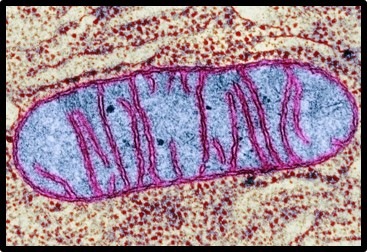 During reproduction both the male and female provide essentially 50% of the DNA for their offspring each. However, mitochondria is the exception at this only passed from the female line indicating an original woman.

Mitochondria are sub-cellular power plants that convert sugar to energy using ADT. During reproduction both the male and female provide essentially 50% of the via Hereditary function of DNA allele. However, as an exception, the mitochondria is only passed from the mother.
In biology this has been called the “Mitochondrial Eve” which would trace back human beings to our original mother. The biblical ties are so clear they do not require any further explanation, even implied in the name “Eve”.

The dilemma for evolution: how could the very first fully human woman, complete with the capacity to pass mitochondria to her offspring have evolved, through the same reproductive process of her “ancestor”, and then, by happenstance have the first fully human male there ready to reproduce?