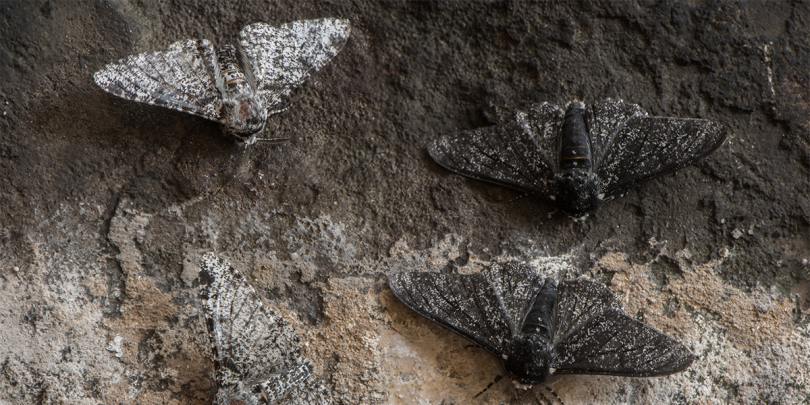 The term natural selection invokes the clear idea of nature “selecting” something. This is a fortunate name Darwin gave to the combined process of spontaneous random processes but natural selection cannot “select” anything. Such an occurrence would be an oxymoron because random chance is the opposite of selection.

Richard Dawkins called the mechanism that moves evolution, even at the nano-scale of cellular function, which ironically appeared even to Dawkins as being amazingly designed, as made by a “Blind watchmaker”. Charles Darwin called the same spontaneous, gradual, naturalistic mechanism “Natural Selection.”

If you notice the use of these words strongly insinuate design and intelligence: that somehow spontaneous random natural processes chose or “select” or “make” (a watch).

“The universe that we observe has precisely the properties we should expect if there is, at bottom, no design, no purpose, no evil, no good, nothing but pitiless indifference.”

Richard Dawkins, River Out of Eden: A Darwinian View of Life

…if variations useful to any organic being do occur…(as) the best chance of being preserved in the struggle for life (from) inheritance… This principle of preservation, I have called, for the sake of brevity, Natural Selection.”

These terms “blind watchmaker” and “natural selection” by application are found vastly lacking as applied to any of the myriad of processes observed in living organisms and as performed by the living organism. By definition and naturalistic logic, everything evolved due to purely naturalistic processes, devoid of purpose, design, or intelligence directly means such a process could never chose, select, or make anything.

Natural Selection can be used to illustrate physical characteristics such as why white bunnies would survive better in a snowy environment then brown ones. This is a common sense “no duh”. This is where the most “bait and switch” examples happen.
The proponents claim this obvious process “proves” evolution. Other examples are the famous peppered moths or even the beaks sizes of finches. In reality there are perhaps hundreds of such examples in nature which through genetic processes, enable vast variety and survival for all living organisms. But today molecular biology knows this occurs by DNA and not by a blind watchmaker or random spontaneous chance.

However, while this simple illustration explains WHY white bunnies survive in a snowy environment over brown ones, it does not even attempt to explain HOW hereditary factors provided by DNA genetic information at the nano-scale within the living cell functionally enabled such diversity .

Also such examples involve the predatory mechanism related to visual traits, primarily color: white bunnies in snow or peppered moths on a dark tree. These visual examples are logical and easy for humans to understand because our primary predatory strength is vision. We hunt primarily with our eyes. However, it excludes all the other amazing hunting strengths of predators throughout the world. Such predators utilize other amazing techniques such as infrared, smell, touch, or even radar, or sonar to capture their meals. Some hunt at night or during the day. Such hunting techniques obviously do not rely on the coloration of the prey at all, they are literally blind to color.

What science has revealed down to the nano-scale, that life is a marvel with a universe of complexity behind it which we don’t even attempt to explain where life came from. As this is another issue that is meaningless to evolution– who cares ? We only want to understand “science”. Really? Well, evolutionists do have a deep yearning found even in the forward of evolutionary textbooks:

The real reason why we study (evolution) is that we are interested in origins. We want to know where we came from.”

Life proclaims marvelous design, full of purpose as revealed by its elegant function, and that an intelligence is behind such irreducibly complex functions. In the rare cases, such as those caused by the mechanism of spontaneous mutations can be pointed to as “beneficial” we have found that such events only occur as a great expense to the living organism. The organism is left with genetics forever degraded, deleted, or lost. While such rare occurrences can, counterintuitively, generate a benefit to the organism and its immediate survival, the long term costs are degraded genetics.1 Such events involves ZERO choosing, selecting, or making by random spontaneous natural processes.  These metaphors greatly blur the distinction between naturalistic processes and intelligent ones.

Natural “selection” being completed by the so called blind “watchmaker” are used to describe spontaneous natural processes void of any capacity to chose or make anything. Perhaps water or wind over time smooths a stone, but such processes do not make or select one thing. The function and elegance of the complex living molecular organism can only be adequately explained by intelligence, design, and purpose and therefore abandoning such terms to save the concepts of evolution are idiocy.