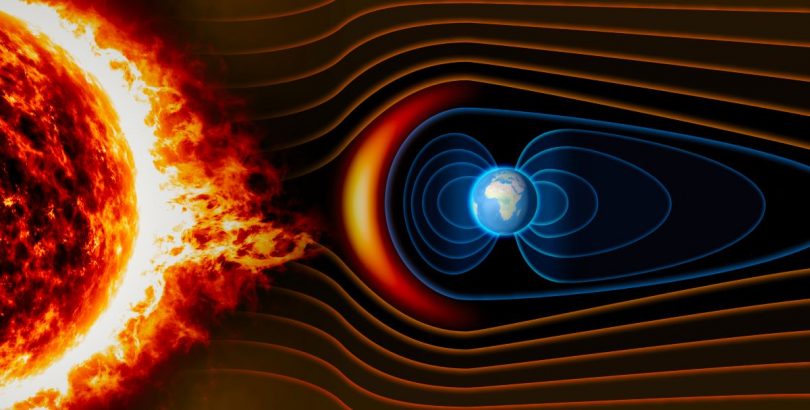 Radiocarbon-14 is measured in samples sent to labs. Samples with less Carbon-14 are assumed as being older than those with more. Carbon-14 date calculations assume that the earth’s magnetic field is constant and unchanging, but this is a known fallacy—it is weakening each year. Therefore, in light of a weakening magnetic field, Carbon-14 tests are vastly inaccurate. The reason is a weakening magnetic field results in more solar radiation and the creation of much more carbon-14 in the present. Therefore, samples tested from the distant past (such as the ice age) contain much less Carbon-14 generating false ancient ages off by tens of thousands of years.

Earth’s magnetic field weakens each year impacting carbon-14 production. Less carbon 14 in the past means the tested specimens give off false older dates…”

Carbon-14 must be a constant in the atmosphere for the carbon dating model to give accurate results. The beginning total parent elements are all assumed as a constant. Meaning the levels we see today are the same levels that have always existed throughout time. This is a known fallacy as the magnetic field of the earth is decaying and C-14 is increasing.

This is a vitally important constant because if the number of radioactive elements were different at any time in the past then the calculations are inaccurate. We can only use the ratios to determine decay rates if the constants remain well—constant. This is a possible fallacy as molecular structures behave differently under extreme conditions.

However, it was found that earth had not reached equilibrium (despite its assumed billions of years of age) and in fact “Radiocarbon was forming at a staggering 28-37% faster than it was decaying”.

Therefore, the question arose regarding the amount of Carbon 14 on earth: how long would it take for the atmosphere to reach a stage of equilibrium? After some calculations of how much Carbon 14 was being produced by the sun on earth they determined that it would take about 30,000 years to reach this equilibrium state. Surely, scientists thought, with a planet 4.5 billion years old the earth had reached equilibrium eons ago.

The region of the earth also differs as to how strong the magnetic field intensity would effect data from samples.