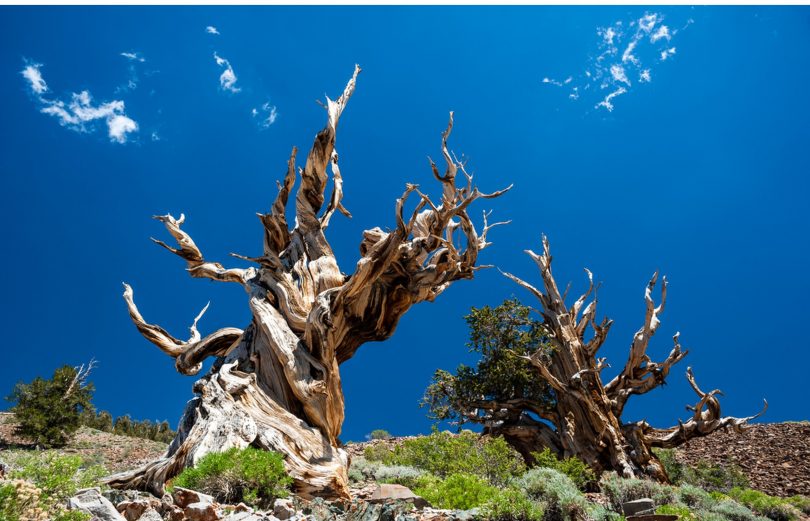 Dating methods (radiometric such as potassium / argon of lava flows, ice core, carbon 14, or relative dating) never agree when dating any single sample. Methods such as ice core dating has been shown to be inaccurate as evidenced by the buried WWII bomber (see our slide). Therefore, it must be noted, that every dating method used by scientists has three components: (1) assumptions, (2) limits and (3) errors. If any one of these elements is incorrect then the results are invalid. However, with tree ring dating methods, tree ring dating falls within biblical time frames.

It has been shown that “trees will produce more than one ring in a year. The extra ring is called a ‘false ring’ and it can be the result of drought stress in the middle of a growing season.”

Until 2013, the oldest individual tree in the world was Methuselah (calculated as a) 4,845-year-old Great Basin bristlecone pine (Pinus longaeva) in the White Mountains of California. Researchers at the Rocky Mountain Tree-Ring Research Group then announced the age of another P. longaeva also located in the White Mountains — this one was (calculated as ) 5,062 years old.

These dates are calculated by summed up by core tree rings.  This technique is called ‘crossdating’ where tree rings are ‘matched up’ and added together, going backward into time.  Each ring is considered to be one year.  While there was no single tree that lived four or five thousand years many lived for over a thousand years.  The oldest tree found was found to be 2,435 years old!